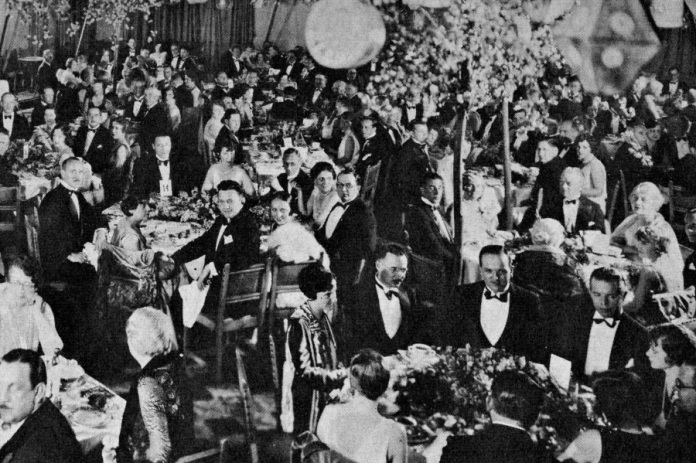 It may surprise some people to learn that the pinnacle award of the Oscar evening, Best Picture, wasn’t given out amongst the first Oscars. In 1927, two awards were given, one for “Outstanding Picture,” to William Wellman’s Wings, and “Best Unique and Artistic Picture,” to F. W. Murnau’s Sunrise. The following year, The Broadway Melody became the first actual Best Picture, receiving an award, then, that one might describe as a balance of those two previously cited qualities—standard of production, and artistic merit. It’s a vital point to remember in contemplation of the award, establishing that it is never merely about either the mechanics and economics of filmmaking, or the artistic purpose animating it. The Oscars were established basically as an exercise in personal aggrandizement by Louis B. Mayer and his fellow studio cronies. But, if there’s anything more boring than the self-admiration of Hollywood, it’s the guy who whinges about it all the time. Like it or not, they soon became a fixture of the industry and, ultimately, a major cultural event—the most famous, widely seen, widely known film awards in the world, the eye of the cinema storm. Lately, more people have commented that Hollywood has become essentially divorced from the mass market it otherwise services with such felicity in giving out its awards. If the Oscars were honest about the audience it tries to satisfy, they would more resemble the MTV Film Awards and give out Oscars for Best Explosion. Only the French give prizes to four-hour-long movies shot with handheld cameras about crack addicts with epileptic children, and magic-realist fables about flying goats that represent the history of Uzbekistan.

The Best Picture is a vote of emotion more than of either the mind or the hip pocket, although success in filling the latter is never a negative. It’s an award that admires force of effort and appeal to the senses and feelings rather than originality, ideas, or provocation. It’s passed, nonetheless, through many phases. It has looked relevant and inspiring, if one surveys the general excellence of the winners of the 1970s—The French Connection, The Godfather I & II, One Flew Over the Cuckoo’s Nest, Annie Hall, The Deer Hunter. It can also look blind and cowardly, as in the ’60s, with victories for bloated musicals outweighing some choice films, or, indeed, for most of the last decade, arguably the worst in the award’s annals. By my reckoning one great film has taken the prize since 1993—Lord of the Rings: The Return of the King, not exactly an intellectual feast, but a true triumph of cinematic vision, standing tall above dribbling, clichéd dramas (American Beauty, A Beautiful Mind, Million Dollar Baby, Crash); substandard efforts by auteurs (Gladiator and The Departed); dim-witted romantic epics (Braveheart, The English Patient, Titanic) and glib showbiz put-ons forgotten five minutes after watching them (Shakespeare In Love, Chicago). If I never saw half of those films again, I wouldn’t give a damn. Perhaps the defining year for the modern Oscars was 1994. Three quality nominees—Quiz Show, The Shawshank Redemption, and Pulp Fiction—and the entertaining, popular Four Weddings and a Funeral. All were beaten by Forrest Gump, a globulus pustule of soft-headed nostalgia and ill-focused satire. Truly, stupid is as stupid does. Still, there were days when the Best Picture had self-respect as an award. It didn’t always go to films that were the best of its year, or even amongst the 10 best of the year, but then, the Academy isn’t composed of clairvoyants who could predict that shifts in taste would herald a tacky little genre film like The Maltese Falcon and a rambling, bizarre experimental epic like Citizen Kane over the refined, artful sentiment of How Green Was My Valley. 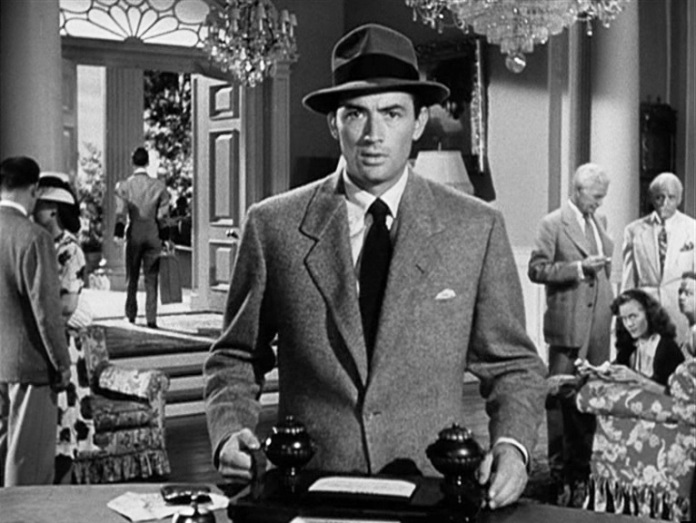 It’s surprising in retrospect how many good films have won the award (in case you’re wondering, I’ve seen 69 of the 79 winners), like the run in the mid ’50s of From Here to Eternity, On the Waterfront, Marty—small, black-and-white, human-interest films at the height of Hollywood’s most gaudy, absurd period. The Bridge on the River Kwai (1957), one of the first major films since WWII to suggest warfare wasn’t necessarily endless heroism and moral rectitude, made a fitting partner to the mighty 1930 winner All Quiet On the Western Front. Two other 1950s winners are virtually pop-art and post-modern: An American in Paris and Around the World in Eighty Days engage with a host of cultural ideas, celebrating and satirizing them all at once, and being colourful and fun whilst doing it. Admire the guts in rewarding a film as entertaining as Casablanca (1943). For all its hectoring moments, the intellectual dexterity and solidity of the character drama in Gentleman’s Agreement (1947) makes Crash looks childish. The Life of Emile Zola (1937) wimps out of mentioning the issue at its core—anti-Semitism—but its study of the self-importance of the militarists and politicians behind the Dreyfus Affair is so corrosive it still feels relevant. 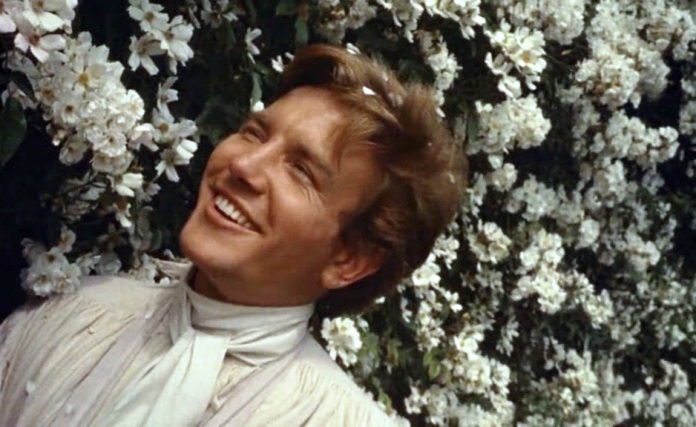 Two bookend winners of the ‘60s, The Apartment and Midnight Cowboy, ravaged and buried official fantasies about what modern life was about. Teenage radicals had little look-in, but found surrogates in the political and emotional confusion of Lawrence of Arabia (1962), the unfettered sexuality of Tom Jones (1963), and the righteous stand of A Man for All Seasons (1966). And yeah, a lot of indifferent winners, some dire ones, some that just didn’t age well, like Mrs. Miniver (1942) or The Lost Weekend (1945) or Rain Man (1988). The Greatest Show on Earth (1953) remains a carnival barker yelling in your ear for two-and-a-half hours. Cimarron, 1931’s champ, is numbingly creaky compared with Frankenstein or The Public Enemy. Kramer Vs Kramer (1979) laid down the template for an entire generation of Hallmark channel productions. Gandhi (1982) begins as a stirring drama and finishes up as Great Interviews Gandhi Gave to Impressed White Guys. Rocky (1976) was a great film in and of itself but it was still outclassed by several other nominees. Who the hell cares about Driving Miss Daisy (1989) or has even seen Cavalcade (1933)? 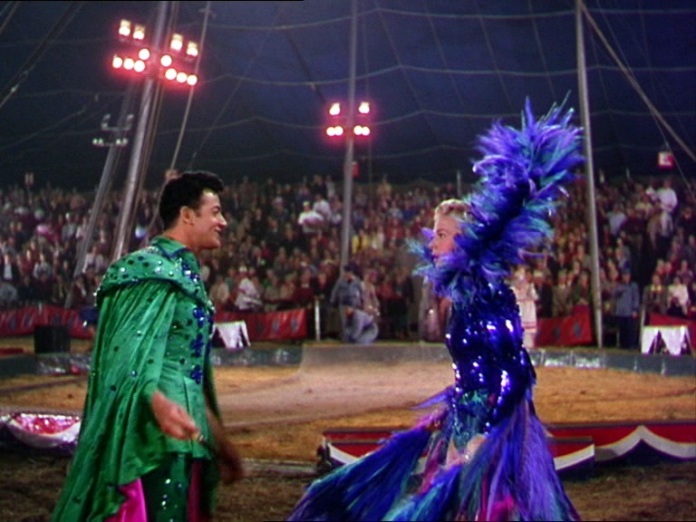 The Greatest Show On Earth

To a large extent the indie revolution, in relieving Hollywood from the responsibility of making the more artistically viable films, has deeply wounded the Best Picture prize. The industry has almost abandoned mid-budget dramatic films that used to be the mainstay of the Best Picture, fragmenting the scope of the Best Picture by defining it as a crown awarded an establishment on its members and its friends. Likewise, alternative cinema can reject the necessity of selling itself to a mass audience that used to make for films of artistic worth and great public appeal, like the works of Billy Wilder, William Wyler, and David Lean. It is all too easy for modern Hollywood to freeze out the more radical fare offered up by outsiders, and difficult for films without the huge clout of public love and the money that generates, as well as the backing of powerful studio chiefs, to take the prize. This is why the pre-packaged drivel of a Paul Haggis can easily best the efforts of a Paul Thomas Anderson. And yet, this year, each of the high-budget nominees is considered an “independent” production. This designation means virtually nothing in such a context. Indie means something different today than when it meant Jim Jarmusch, black-and-white 16mm stock and bad sound. Yet it also means everything.

Juno, the most “indie” of these indies, isn’t exactly a Dardennes Brothers film. This story of a pregnant teen is only radical to anyone whose concept of family life is still defined by The Donna Reed Show. A late charger, Juno has attracted an audience mainly delighted by its Gilmore Girls-style TV-was-my-babysitter dialogue, and the fact that it’s the one li’l-folks tale amongst this otherwise foreboding, socially critical bunch. 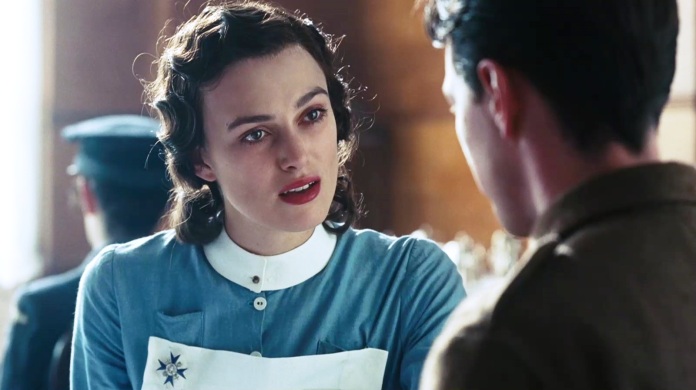 Atonement is the lone blast of the familiar Oscar-bait prestige picture, an adaptation of a best-selling novel with literary cred and a period English setting. Problem is, it’s a densely layered study of perspective and artistic and moral duty that essentially performs a suicide bombing on its third-act resolution—not exactly the way to becoming a heart-tugging, easily beloved romantic classic. Imagine Titanic if it was revealed at the end that Rose made up the whole idea of Jack and got into the lifeboat with her mother.

No Country for Old Men similarly explodes its own familiar elements. This counts more in No Country’s favour, however, in giving its audience all the chills and thrills of a thumping crime drama before delivering a solemn, rule-breaking finish, without which it would be a shoot-‘em-up with a pretentious title. The favourite for the award, No Country similarly possesses literary cred as an adaptation of the novel by Cormac McCarthy, and would finally crown the Coen Brother’s rambunctious career as Hollywood’s resident, acceptable eccentrics.

Michael Clayton is another thriller with pretensions, in this case ’70s style corporate paranoia, and the closest thing to a solid, safely built, liberal message picture. In another year, it might have had a better chance, but it’s got too many capital-A Artists competing with it this year.

There Will Be Blood, generally regarded as the most ambitious and most messy of the nominees, could be mistaken for a contemporary remake of Giant until seen. It’s unlikely to win, and most likely to become the future Taxi Driver, Citizen Kane, or The Conversation—an eccentric, cultish, polarizing effort that may just stick around longer than its rivals.

Three of the five film’s directors are feature-film rookies—Tony Gilroy’s first feature, and Jason Reitman’s and Joe Wright’s second—and only Anderson’s fifth film. Times sure have changed when such untested directors are responsible for Best Picture nominees; John Ford had 84 directorial credits before gaining his first nomination and the Coen Brothers can now be considered the old guard. Whatever the individual merits of these nominees, it’s a roster that promises the Best Picture award has caught up with the recent acting nominations in embracing new talent, and points a way out of the swaggering mediocrity of most of the recent winners.