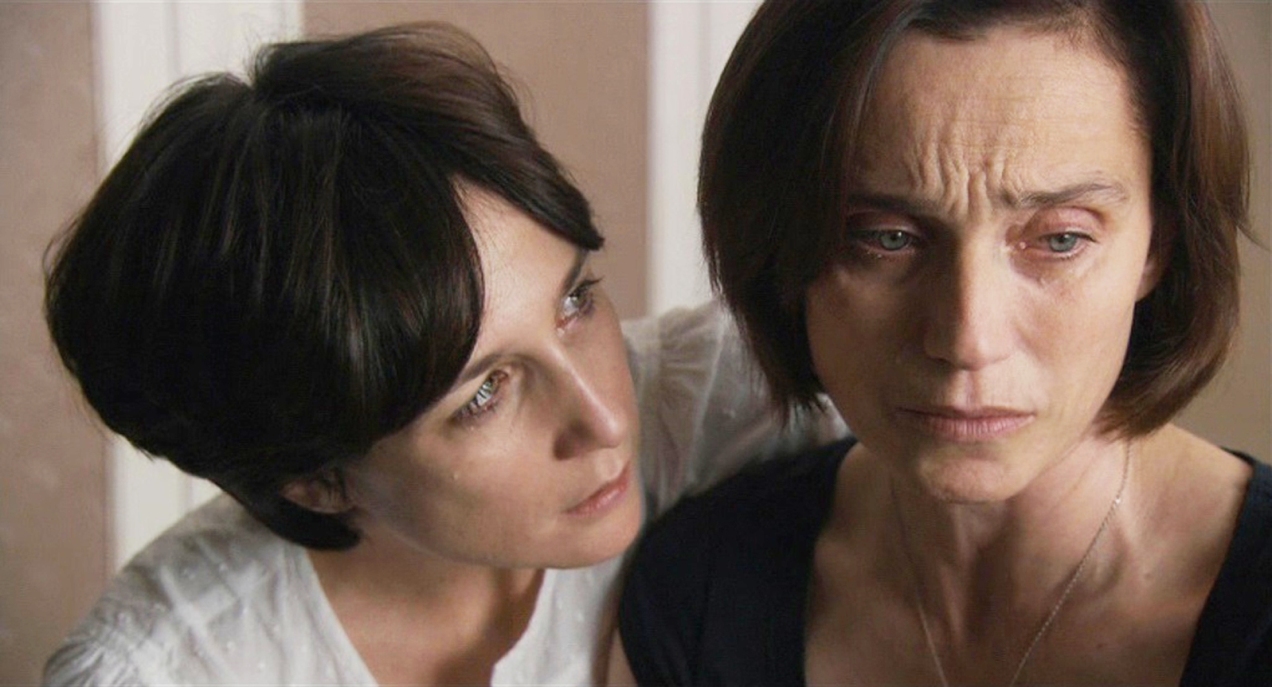 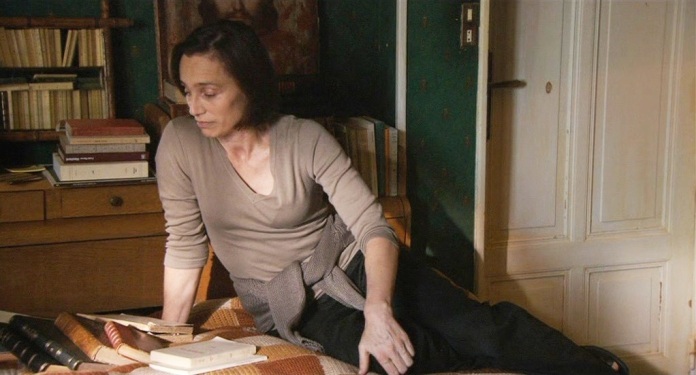 Jean Renoir regarded the most vital instrument in the filmmaker’s arsenal to be the human face, and Philippe Claudel’s use of Kristin Scott Thomas is new proof that he was right. The haute couture beauty Thomas had when she debuted in 1986’s dreaded Prince vehicle Under the Cherry Moon has weathered into something far more interesting. In her first shot in I’ve Loved You So Long, her hooded eyes, glazed upper lip, and pinched mouth communicate a moral and physical fatigue that’s been mostly turned inwards, working a slow, acidic cruelty that only partly shows on the exterior of a woman so plainly once a thoroughbred champion. During Scott Thomas’ spell in the 1990s as a prominent actress, she could never shake off her well-bred typecasting and retained a certain dispassion even as a romantic lead. Her best parts and performances came as a violently repressed spinster in Angels and Insects (1995) and as a drug-addled, chicly masochistic Lady Anne in Richard III (1995). I’ve Loved You So Long extends that ill-used suggestion of unfathomed depths and hidden reefs, the high-class clothes horse of The English Patient and Random Hearts long forgotten. It’s hardly a one-woman show—the whole cast is admirable—but the dramatic integrity of the film grows from her ever-so-slightly worn visage. 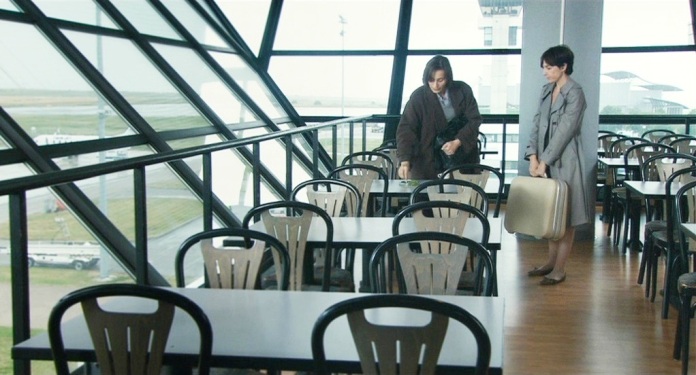 Scott Thomas plays Juliette Fontaine, a half-English, half-French former doctor who’s just been released from prison after 15 years. The hows and whys of her imprisonment are the onion that is slowly peeled as the film progresses. Juliette is immediately taken in by her sister Lea (Elsa Zylberstein), who has not seen Juliette since her imprisonment, when Lea was still a teenager. Lea is a successful professor of literature married to Luc (Serge Hazanavicius), another academic, and has two adopted Vietnamese children (she describes hers as a “real Benetton family”). But Lea has a backbone and a sense of family responsibility that’s not at all fragile, and she’s determined to aid her sister’s reintegration. Luc is edgy about his sister-in-law’s presence for reasons that soon become clear—Juliette’s incarceration was for the murder of her 6-year-old son. She first admits this fact in a coldly challenging fashion to a pushy, grumpy boss of a business where she applies for secretarial work; he promptly throws her out. However, apart from such stark admissions, Juliette generally maintains the silent, boding poise of a sphinx. 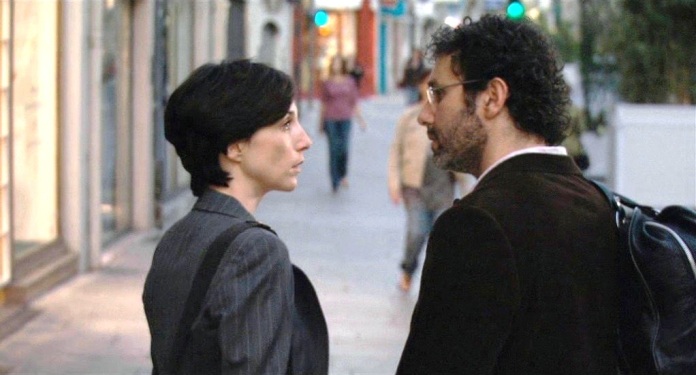 The focus of I’ve Loved You So Long is on the processes and catalysts that make Juliette a functioning person after leaving behind the static balance she had achieved in jail. With the outside world initially working nails on a blackboard for her, Juliette occasionally lets slip her otherwise tightly held frustration and irritation, snapping at P’tit Lys (Lise Ségur), Lea’s humorously garrulous elder daughter, or attacking her sister for constantly using the tiptoe euphemism “inside” for prison. Mostly, she maintains her determined silence, assuming a rueful half-smile as she expects and receives the snubs, wounds, and petty agonies of her experience as inevitable and part of the contract she’s made with life. Throughout the film, she is perpetually sucking on cigarettes with a wince as if recovering from a battering where the bruises are invisible but all too tender. When she’s shepherded by Lea and Luc to a weekend gathering of academics, artists, and their families, the pushy, tipsy host presses her for an explanation for her mysterious reappearance. When Juliette states the truth, the gathering cracks up in hysterical laughter, convinced she’s delivered the perfect retort. 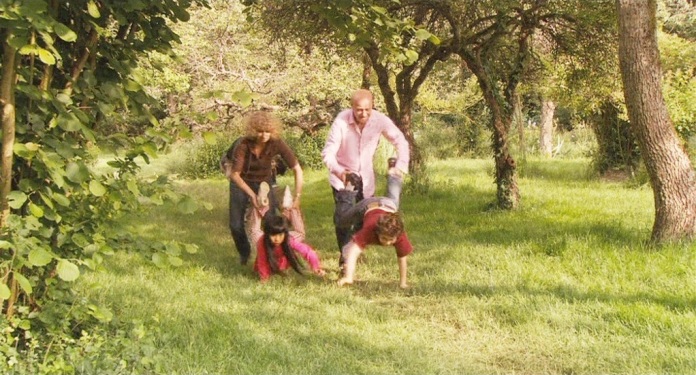 The exception is Michel (Laurent Grévill), a coworker of Lea’s who, having spent a time teaching prisoners, recognises Juliette’s bewildered, pained view of the world. A bit of sad-sack and job slacker, Michel has his own ghosts. He forms a tentative relationship with Juliette, bonding over their regard for the tragic artwork of Emile Friant. Another friendship is with police captain Fauré (Frédéric Pierrot), a talkative, distracted, similarly damaged man who’s recovering from a hurtful divorce and knows everything there is to know about the Orinoco River, which he’s never visited. Juliette is increasingly drawn into the day-to-day lives of Lea’s family, with Luc eventually trusting her with the care of their children and his stroke-addled, constantly reading, mute father Papa Paul (Jean-Claude Arnaud). 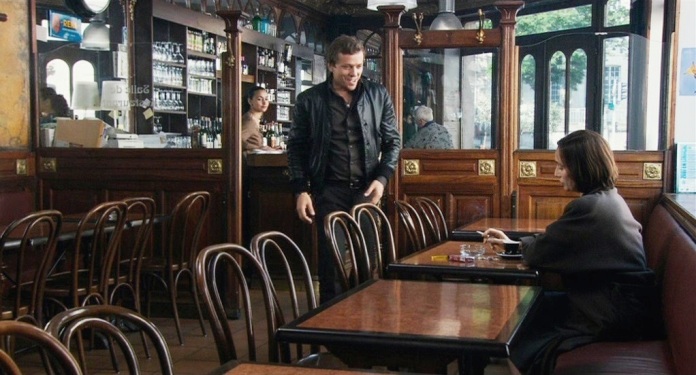 Juliette is likable in a counterintuitive fashion, precisely because she maintains a stringent veneer and refuses to play the hopeless victim. She’s an intelligent, impassive woman who earns enmity from coworkers, when she finally gets a job, for being eternally uncommunicative. She proceeds with an antiseptic honesty in the rare moments when she does speak out, for example, in a droll moment when she’s propositioned by a leather-jacket-clad stud, accepts, and later cuts his ego down in one brute slash (“Was it good?” “Not really, but it doesn’t matter.”) or when seeing off her intrusive social worker. What is made vitally clear is that she accepts no lies, no short cuts, and no easy solutions, intuitively suggesting what proves to be of great consequence. 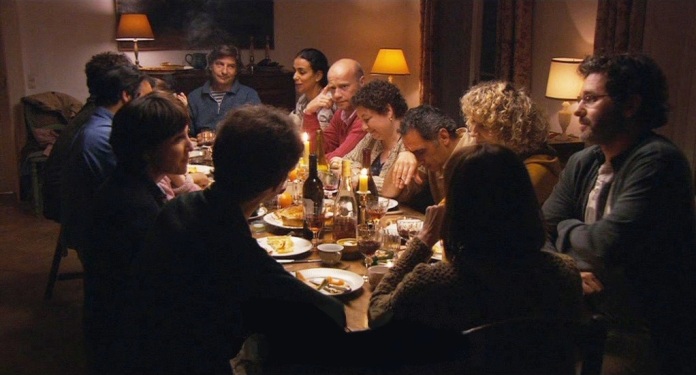 Claudel is a philosophy professor, and like Michel, worked with prisoners. Therefore, the film has the fixed intensity of something deeply felt and considered, and makes a serious engagement with various matters of human conscience and social mechanism, especially the schism between private justice—guilt—and public. It’s also a little too apparent in the film’s moments of expositional intellectualism, such as when Lea loses control with a student and delivers an explosive monologue on the distance between the “hypotheses” of art and nature of real, individual crimes and criminals that is a footnote away from being an essay. The story and emotional framework of the film isn’t so far from a classic women’s picture—the travails of a flawed but essentially noble heroine who pulls through thanks to sisterly love—and would be corny if Claudel did not present it with a careful, dispassionate French realism. Claudel does tell his story with the layers and patience of a good novel, with an unerring feel for performance and pace. 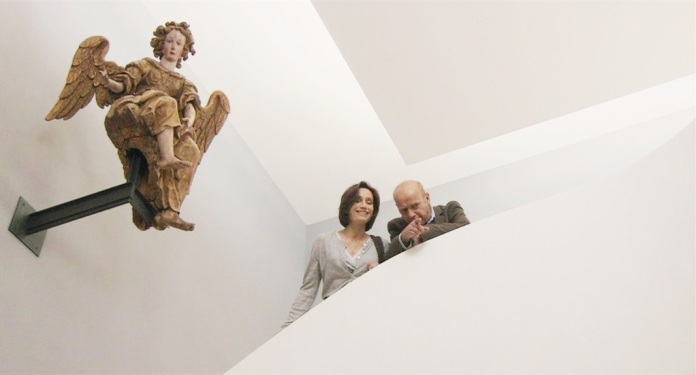 The film, like Lea and the others who get close to Juliette must do, circles matters warily, before penetrating with gentle concision, neatly capturing the intricacies of day-to-day life in Lea’s household, and how much the peaceful islands Juliette finds—the familial warmth of the country chateau getaway or the classical music that pervades Papa Paul’s study where Juliette falls asleep— mean to her. Around the main drama is a detailed world that evokes cultural and political arguments (Luc and Lea’s best friends are an Iraqi doctor and his wife; the academics constantly engage in fraught arguments over art and contemporary culture) as intricate decorations for the main problem—how the world responds to criminals, especially a female criminal who seems to have ruptured one of our few remaining sacred notions. It is, in short, a film that wants to be engaged. 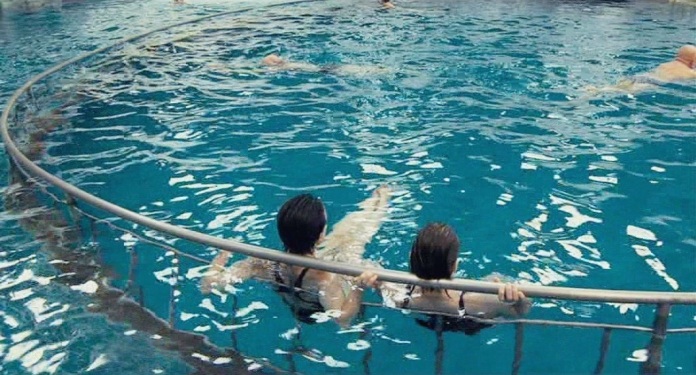 Juliette evokes a classic feminine martyr like Hester Prynne in her acceptance of public castigation as part and parcel of a deeper, truer, private culpability. Her parents had declared her dead when she was convicted and tried to erase her from Lea’s mind, a program of “brainwashing” that Lea eventually proves through the diaries and letters did not succeed. Instead, it’s their mother (Claire Johnston) who has been “brainwashed,” as an Alzheimer’s sufferer. When Lea coaxes Juliette to visit her in the nursing home, their mother thinks Lea is an intrusive nurse, but recognises and desperately clings to Juliette, thinking, in her addled state, she’s still the bright, young girl she raised. Juliette stands in a tragicomic confusion about whether to hug her before the old woman forgets who she is again and shoves her away. 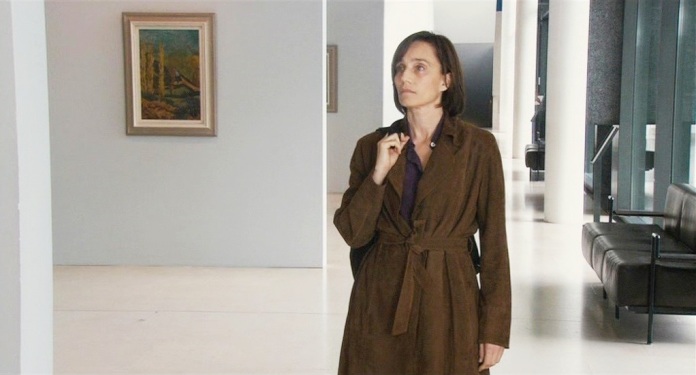 A great deal of the film’s weight comes from the indistinctness of Juliette’s act, and therefore her deepest nature. Up until the end, empathy is tempered by doubt. Although the crucial revelation is long delayed, it’s not too hard to guess, and learning the nature of her guilt when it’s finally, agonizingly, coaxed out of her proves to be the film’s emotional climax. Lea discovers entirely inadvertently that Juliette’s murder was a mercy killing of her terminally ill son. When confronted, Juliette distraughtly rejects Lea’s faintly outraged statement of the obvious fact that this could have made all the difference in terms of the way people treated her. Instead, she declares that losing a son dwarfed all other considerations and that letting herself be imprisoned was as much a willful retreat from a pointless life, as it was an imposed punishment. 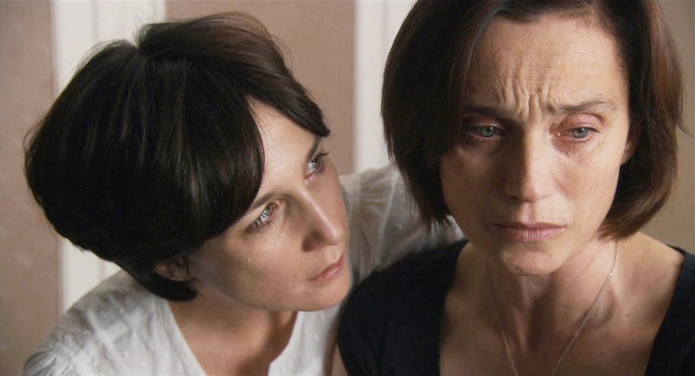 In terms of how one responds to this as an ethically questioning artwork, it’s a problematic revelation, and not just because it offers some troubling plot holes, but because it lets everyone off the hook: Juliette, whose act is rendered sympathetic; the justice system, whose draconian moralism is not confronted because Juliette hid her motivation; and Juliette’s supporters (and the audience), for caring for Juliette, whatever she did. But as a situational study of the nature of guilt and character (and not mere victimised innocence, a la The Shawshank Redemption), it still holds weight because Juliette holds herself powerfully, almost masochistically, accountable. It becomes clear that a great deal of the damage done to her as signaled by that initial look of an exhausted inner struggle is largely self-imposed. To this extent, then, expectations of conventional artistic morality and personal morality are inverted. Although the film doesn’t reach its potential, it’s still a substantial, intense experience.