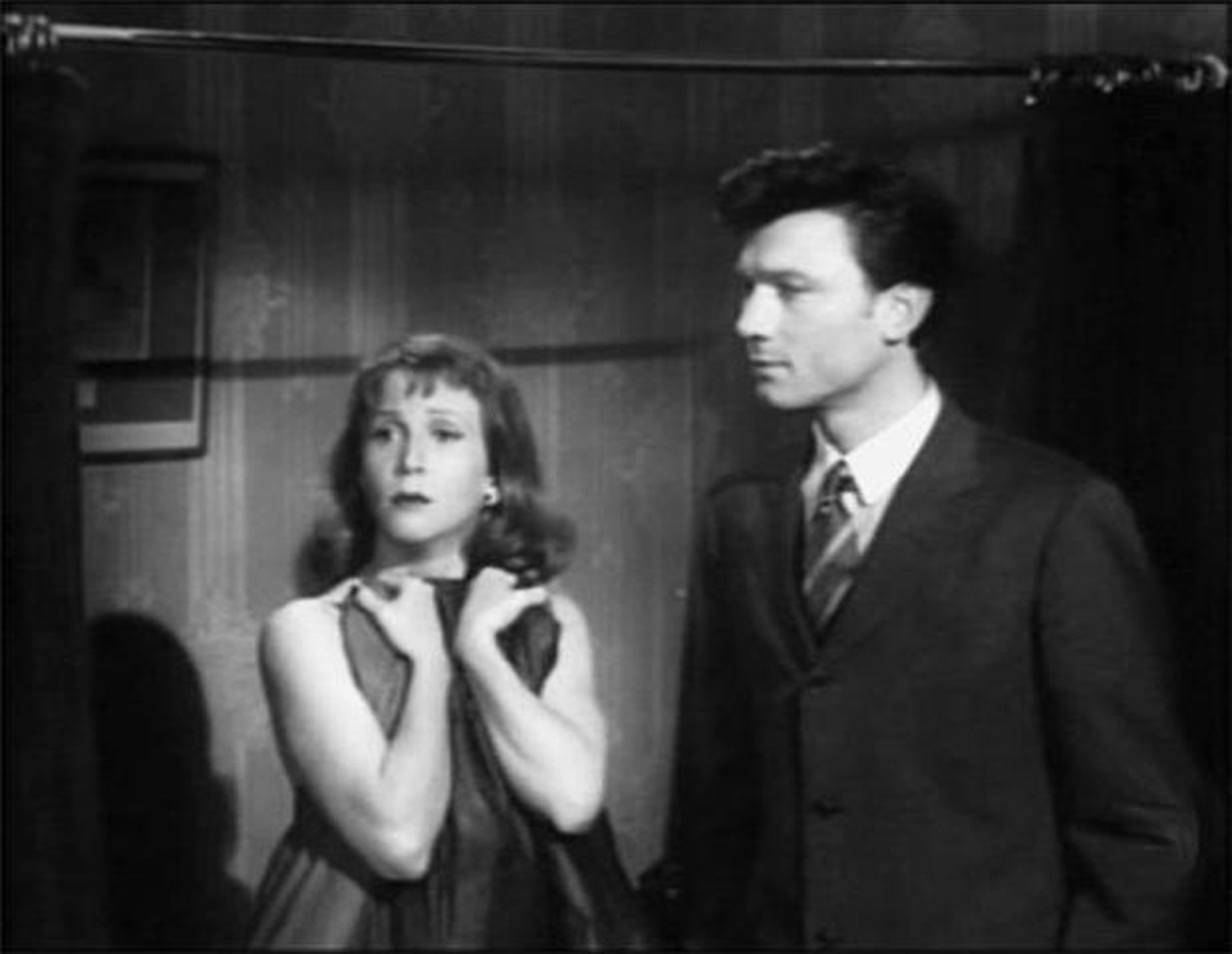 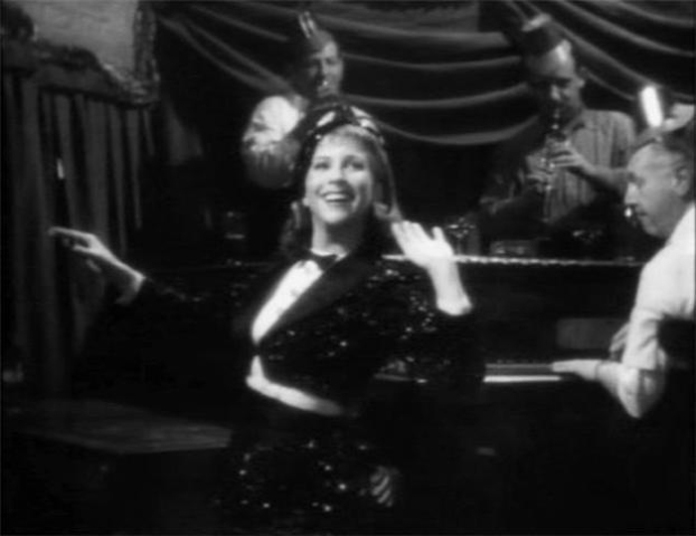 I’m a big fan of Bob Fosse’s Cabaret (1972). I’d always wanted to see I Am a Camera, the film of John Van Druten’s play that adapted Christopher Isherwood’s “Goodbye to Berlin” stories. The play was (very) freely utilised in the original book for the show Cabaret, and then, confusingly, drawn upon more substantially for Fosse’s film. I expected a more dramatically incisive, broadly focused, and downbeat edition of Isherwood’s accounts of Sally Bowles, nightclub decadence, and Weimer decline. As it happens, I Am a Camera is quite the opposite. It bubbles away with screwball airiness and general jollity, more a kind of prewar, bohemian The Odd Couple or Thoroughly Modern Millie with Nazis. 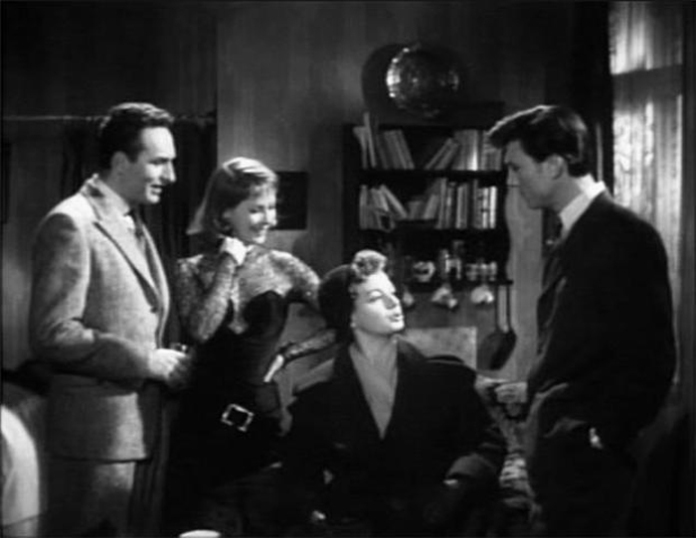 The film begins with Christopher Isherwood (Laurence Harvey), a middle-aged, greying success, reluctantly attending a book launch: “The more worthless the book, the more they need alcohol and noise to launch it.” When he discovers the book in question is the work of Sally Bowles, he begins reminiscing to some of his fellow eggheads about his time as an apprentice author in Berlin. There, beset by financial and creative bankruptcy, he allowed his friend and student in English, Fritz (Anton Diffring), drag him to a nightclub to forget his troubles. There he eyes Sally (Julie Harris), anindifferently talented but cute singer, who is broke and jobless after her boyfriend rips her off and leaves her stranded. Fritz, on the hunt for a fortune, bypasses her, but Chris, sympathetic, introduces himself to her. In quick order, he ends up inviting Sally home with him for the strict gentlemanly purpose of giving her place to sleep, resisting all her come-ons. Sally ends up taking over Chris’ apartment, and they support and battle each other through the travails that follow, as Sally tries to find another singing job and Chris attempts, without success, to write something good. Wannabe gigolo Fritz, as in the more famous later film, romances Jewish supermarket heiress Natalia Landauer. 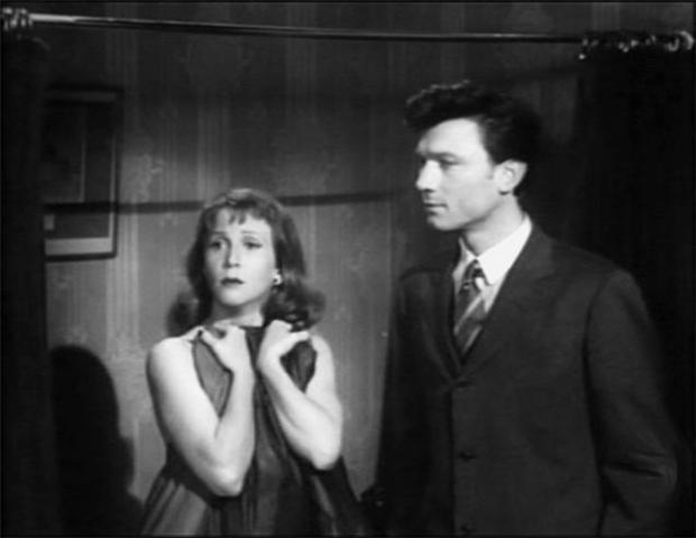 Instead of the shockable dove Marisa Berenson played in Cabaret, Shelley Winters plays Natalia as a homely, tough-minded lady, though their subplot resolves the same way in each of the films. Unlike in Cabaret, rather than be adopted by a bisexual German aristocrat, Sally and Chris fall into the company of Clive (Ron Randell), a rich American eager for playmates. Hungover, hypochondriac Christopher can’t get anything written as Sally and Clive drag him away from his labours again and again. The fun ends when before slipping off to Honolulu, Clive suggests that Sally move on to a film producer friend of his in Paris. Sally is left thinking she’s pregnant by Clive, so Christopher tries to set her with an abortion. He sells a piece on Berlin life to an American magazine editor, and seems to have struck pay dirt, as the editor wants him to file similar reports from all over Europe. He returns from these magazine-related travels to discover Sally has refused the abortion and bought baby things with the cash. Christopher pledges to work to support them all as a family. Sally admits the very next day that because she was never very good with counting days, she’s found she isn’t pregnant, and has decided to head off after Clive’s producer friend. She leaves Christopher, who happily jaunts off to his future. In the present day, Isherwood then confronts Sally, who admits to him that she won’t see a penny of royalties for her memoir until she sells 200,000 copies, and has no money. He invites her to stay with him again. 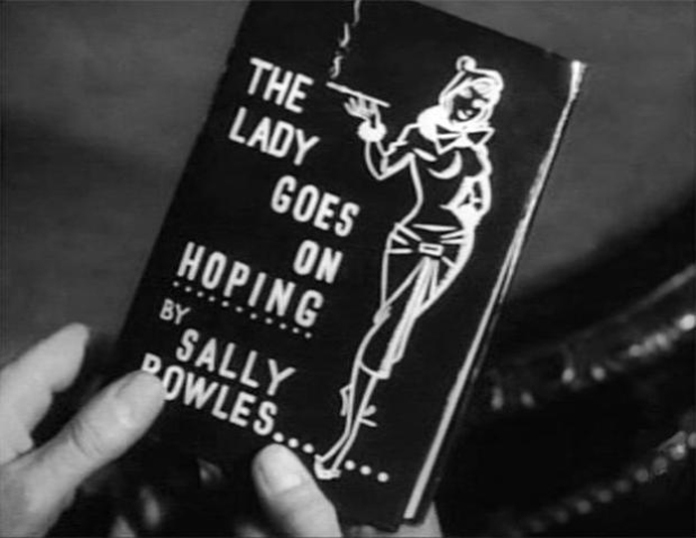 I Am a Camera would have looked pretty racy in 1955, with Sally’s cheerful wantonness and veiled references to abortion. But it’s a purely comic provocation. Fosse’s Cabaret turned the material into a peculiar mix of garish satire and character tragedy, where self-delusion consumes lives, both on a personal and political level. Camera, however, buys what Sally is selling, to the extent that she’s a kind of flapper Auntie Mame whose rowdy life-love quality shakes up the stuffy, virginal Isherwood (his sexual confusion is obscured, portraying him as more an artistic monk by choice) and keeps them steady on the high wire they walk. The theatrical basis is rather awkwardly transcribed: about 70 percent of the film takes place in Chris and Sally’s rooms, and the film never really conjures a convincing or interesting vision of its time and place. It’s rather too obvious a soundstage locale for Berlin, sported with details contrived to seem happenstance, like a Jewish shopkeeper with a smashed window and street-corner gangs of Nazi spivs. The interiors are threadbare, not in the appropriate, seamy fashion, but in the low-budget movie fashion. Never mind how it stacks up against Cabaret: I Am a Camera is paltry compared to the blasted nightlife of The Third Man from six years earlier.

Director Cornelius, a former film editor, helmed the well-regarded Ealing comedy, Passport to Pimlico (1949), and the sex-and-antique-cars farce Genevieve (1953), and died young in 1958. Like Genevieve, Camera’s forced shenanigans run roughshod over the subtleties. The film’s set piece is Clive and Sally’s party in Clive’s hotel room that is packed with Sally’s bohemian friends and an array of quack doctors who submit Christopher to a night of hot-water treatments and electric shocks mainly for the sadistic entertainment of the party guests. These tortures leave him feeling better than anytime in his life. It’s a mildly amusing but braying comic sequence, with an edge for grotesquery that might have become important in a more inventively mad film. But Cornelius’s direction is so flat, no scene possesses any cinematic invention, let alone suggestion of nascent period hysteria. In Cabaret, Michael York’s Isherwood stand-in, Brian, assaults a gang of Nazis in frustration and comes away with antiheroic consequences; here, Isherwood confronts them whilst giving a speech and wallops one in the mouth, precipitating a small riot that he walks away from, disheveled but ennobled. Most of the film’s more interesting, and accurate, refrains come in Isherwood’s voiceover commentary, with glaring cynical reflections and admissions of private anxiety over his inability to get his act together as a writer, expressing choking self-doubts and explicating problems that anyone with such ambitions will find familiar. John Collier’s script sports a lot of good lines. 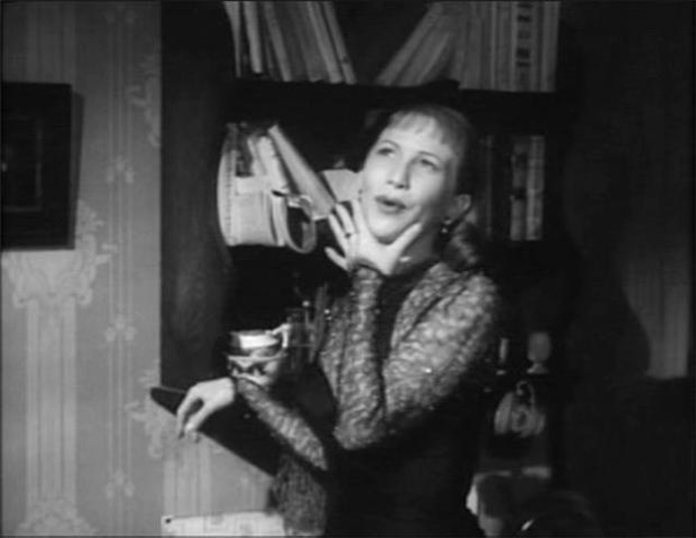 But Harvey’s affected, shrill performance as Isherwood typifies the film. Harvey was at his best playing fundamentally unlikable men, and his Isherwood needs more finesse to be less irritating. Harvey sounds like he’s got the intellectual equivalent of a mouthful of marbles when tossing off the bon mots. Harris’ performance as Sally is amusing, especially considering that Harris usually played pasty wallflowers in films, but it’s not particularly nuanced. There’s no necessary frantic quality to the characterisation, no feel for desperation under the showy façade, and so her Sally’s a write-off as a dramatic figure of complexity. Her Sally’s a husky-voiced, perpetually chipper chippie: “Hard to believe, but true!” she affirms when Isherwood denies sleeping with her to his landlady Fräulein Schneide (Lea Seidl), when she discovers them together. Sally is an opportunist and party animal who berates Christopher for his lack of manliness and ability to keep up with her caprices. However, the fact that her Sally isn’t a particularly impressive performer makes her situation and gold-digging more explicable than Liza Minnelli’s talented edition. It’s also good to see Diffring, who had a few leading parts in the late 1950s (The Man Who Could Cheat Death, 1958; Circus of Horrors, 1959) before being endlessly typecast as evil Nazis, play the comic gigolo Fritz, hiding his anxiety over his Jewishness, with charm and grace. He gives the film some fluidity and import it otherwise lacks. Winters likewise has fun with her relentlessly unshockable heiress in a break from playing pathetic victims. Otherwise, I Am a Camera is an agreeable, but slight and disappointing work.