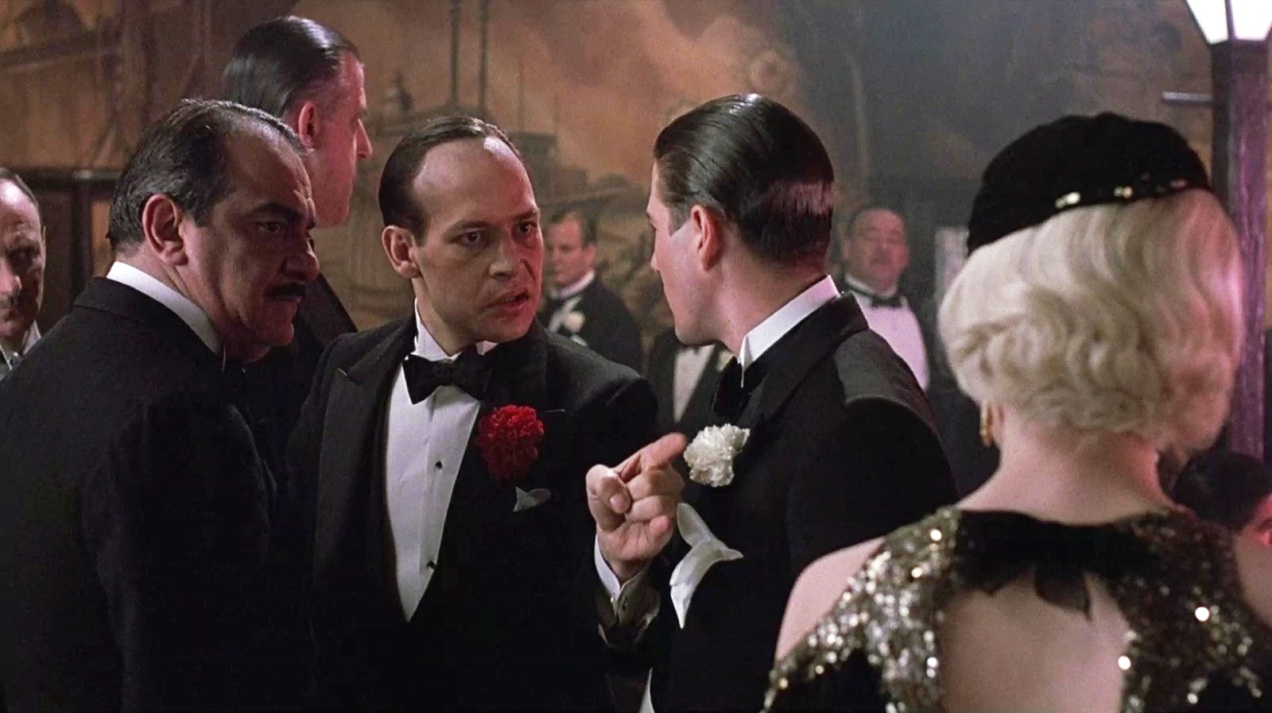 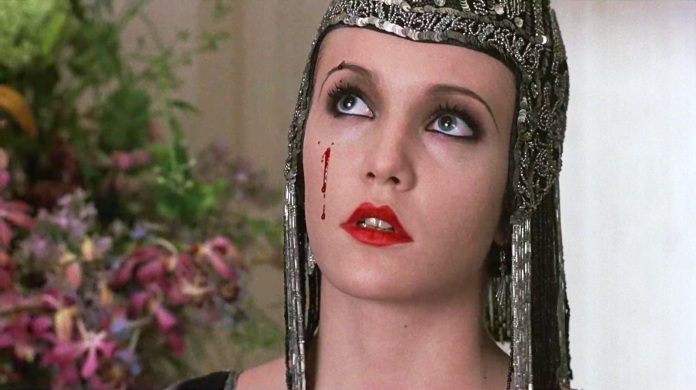 The history of Zoetrope Studios and Francis Coppola’s ill-fated efforts to build an independent studio into a real force after the unexpected success of Apocalypse Now (1979) is often used today as one of Hollywood’s key cautionary tales—or in the words of Homer Simpson: Never try. The vibrant and entertaining One from the Heart (1981), the flavourful Hammett (1983) and the aesthetically original Rumble Fish (1983) didn’t make money, which was kind of a problem considering they really, really needed to. Coppola, desperate for cash, was forced to sell off Zoetrope’s infrastructure. He was marked with a reputation as a loose cannon by studio bosses when he took up an offer from his old Godfather consigliore Robert Evans to come and save his splashy new production.

This film, inspired by a picture-book history by Jim Haskin on the glory days of New York’s one-time congress of cool, the Cotton Club, was due to begin shooting in a scant two weeks. Evans’ off-screen travails, which included the murder of one of the financers, were like something out of the movie he was trying to make. The major problem Coppola faced was that there was no ready, workable script to commence production with. Mario Puzo had written the first version of the screenplay, but Coppola quickly hired William Kennedy, author of the much-lauded novel Ironweed, to drum up a new script to be used in rehearsals. By Kennedy’s estimate, revisions during shooting would number up to 20 times, yet the problems were never really overcome.

The Cotton Club was a colossal flop, further damaging Coppola’s career. But The Cotton Club is a doggedly entertaining and interesting film that well and truly earns it place in Coppola’s cannon, with its high style and historically incisive bent. The story revolves around the conflicts three real-life gangland personages: Owney Madden (Bob Hoskins), owner of the Club and the city’s rock-steady chieftain; Dutch Schultz (James Remar), the most predatory and unstable new operator; and Lucky Luciano (Joe Dallensandro), the nascent empire builder. 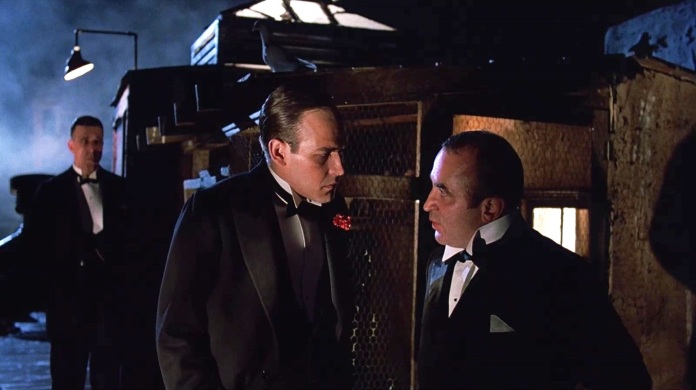 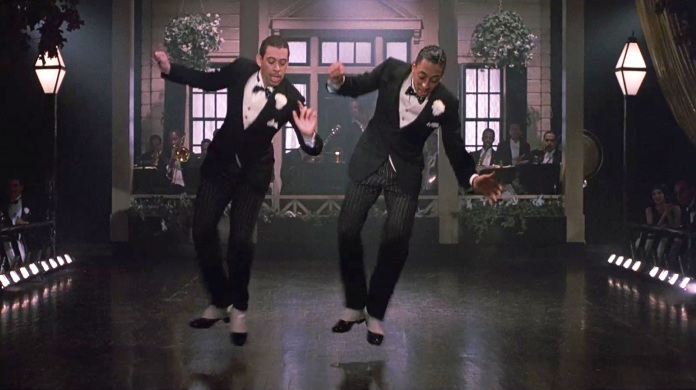 Dixie escorts the boozy girl home and declines to ravish her drunken bones. Soon, both are taken in by Dutch—Vera as his mistress, Dixie as his pet musician and general dogsbody, each aware of their suddenly limited options despite standing to gain a piece of Dutch’s considerable action. Dutch is a volcanically temperamental go-getter, and when Owney, the last court of appeal in the Manhattan demimonde, attempts to force a peace on Dutch and rival Joe Flynn (John P. Ryan) at a swanky soiree, Flynn’s incessant swearing and racism drives Dutch to knife the Irish hood to death, infuriating Madden and kicking off a turf war with the Italian, Irish, and Negro gangs that Dutch means to win.

Vincent opportunistically uses his brother to get a job with Dutch, but soon enough becomes an independent gangster. He becomes infamous for a string of robberies and mob hits, one of which sees some youngsters accidentally gunned down, making Vincent persona non grata even in the gangland. The simultaneous tale of Sandman and Clay sees their tap act accepted at the Club, the most prestigious spot in town built around Negro art and artists who, farcically, can’t come in the front door. Sandman falls hard for gorgeous dancer and singer Lila Rose, but is persecuted by an apish, bullying supervisor (Ron Karabatsos) when he tries to romance her, and eventually falls out with Clay when he begins to work on making his own star rise. Madden eventually helps Dixie escape Dutch’s service and make it in Hollywood. He returns as a movie star ready to use his new status to pry Vera out of Schultz’s mitts just as Luciano is getting tired of the Dutchman’s antics and plans his elimination for the sake of general peace and Bumpy begins exerting some coloured clout to even the books in the Cotton Club. 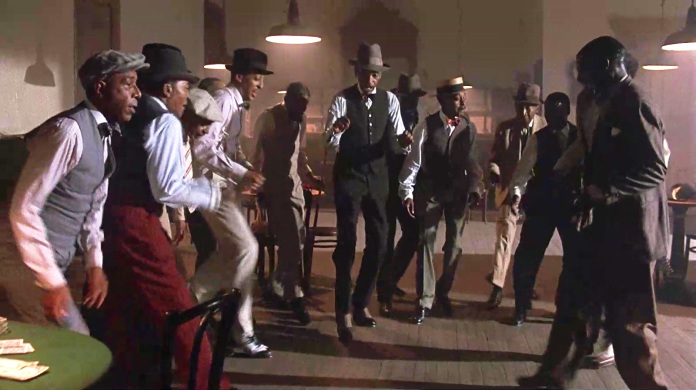 After Apocalypse Now, Coppola’s cinema progressively became more formalist – experimenting with showy visual textures and low-key narratives, aiming for something close to a total cinematic stylisation, infused with an air of nostalgia and art-for-art’s-sake wistfulness. Apocalypse Now was utterly stylized, too, but its angry, violent engagement with a hot-button subject appealed. The new-age, old-style, inherently personal, romantic musical One from the Heart didn’t pack the same appeal despite the fact that it’s something like Coppola’s most personal masterpiece; The Cotton Club is many ways a follow-up, interweaving its melodrama with melody. The trouble is it neither gels as a work of sustained style nor as an epic melodrama: the distinct flavour of too many cooks making this broth is readily apparent.

The chief problem is one of focus, with theoretically crucial dramatic elements that never quite work; the central romance of Dixie and Vera never catches alight, their love-hate sparring more the spats of spoilt brats than destined lovers caught in the grasp of an ogre. Gere, at the height of his young, slippery charm, is fine, but Lane’s a flatly ordinary ingénue whose perfect jazz-baby face can’t disguise a lack of any projected character. Story threads that seem important, such as Sandman and Lila Rose’s romance, complicated by her desire to pass and make it in the larger showbiz world, don’t really go anywhere. Dixie hardly seems to notice or care when his rampaging brother is gunned down, without any commentary on familial fate realised as it was in the Godfather films. The subplot of Sandman and Clay is actually more vivid, but not given much time. One wonders how much coherence and substance hit the cutting room floor to get the running time down to a hair over two hours.

Somehow, however, The Cotton Club is a gift that keeps giving. It’s really about its marginalia, offering a cornucopia of images, homages and vignettes, and it can be regarded as a loose adaptation of the French classic Les Enfants du Paradis (1945), in the way it spins dramas around a performing venue, contrasts artists and gangsters as members of the demimonde, and sets up a power struggle of men over a woman who’s a general object of desire. Coppola views the racism and criminality that swirl around the Club with appropriately confrontational cynicism, but the film is more a celebration of cultural energy and awkward but vitality-inducing multiculturalism in melting pot New York. Dixie has sufficient chops as a cornet blower to be readily accepted by the black musicians he hangs out with, and eventually uses his clout as a movie star to break the Club’s strict colour barrier and sit in with the orchestra. Even the monstrous Dutch fancies himself something of a promoter of ethnic harmony. Moreover, Coppola adores and celebrates the old-school chutzpah of its musicians and dancers, leading to a finale in which the boundaries between art and life, realism and style, acting and dance, comedy and tragedy, melt away. 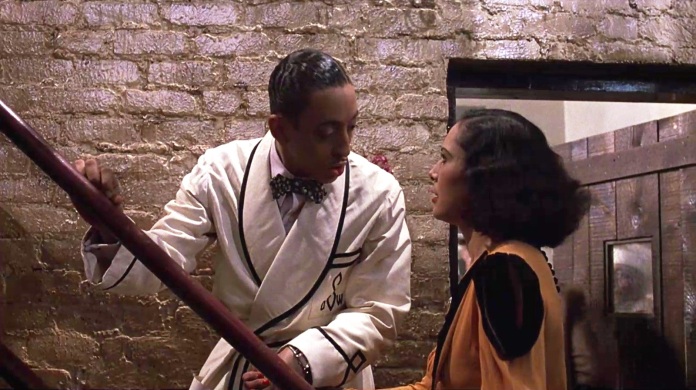 There’s nothing all that new about what Coppola was doing: many Warner Bros melodramas of the 30s and 40s, best typified by Casablanca (1942), sustained such a sublime interaction. Coppola pays homage to that film with the Cotton Club serving, like Rick’s Café, as a crossroads of society, using the musical acts to divide and comment upon the actions, sporting some terrific performances from the Hines brothers, McKee, and Larry Marshall’s awesome impersonation of Cab Calloway. Coppola offers backstage sequences in the Club when Sandman and Clay audition, being as it is the place everyone wants to get into either as guest or performer, and very few succeed.

It takes over 40 minutes before the camera enters the Club through the front door and the panoramic spectacle of the place in full swing is offered, Coppola’s rapidly gliding crane camera roaming the space in a sequence that’s the near-equal of the similar Copacabana sequence in Goodfellas (1990). Thus the film’s most memorable sequences tend to be wondrous little throwaways, like when Sandman takes Lila Rose to a club for old dancers that results in a dance-off between the hoofers; Dixie’s mother (Gwen Verdon) casually schooling a girl in Central Station in a shuffle; Sandman and Clay reuniting through a tap routine that ends in the two halting mid-act and embracing; Bumpy’s brief soliloquy on the exigencies of survival as a black man; Diane Venora’s spot-on cameo as Gloria Swanson, telling Dixie he has It; the motor-mouthed commentary by a Hollywood boss and his Yes Man underling whilst watching Dixie’s screen test.

Best of all is the interaction between Owney and his hulking enforcer Frenchy Demange (the great Fred Gwynne), as when Frenchy smashes Owney’s watch when he thinks his friend failed to fork out enough dough to ransom him back from Vincent. Hoskins and Gwynne walk off with the film, though Remar’s weird Schultz is a worthy for this connoisseur of screen villainy, with his obvious social discomfort bubbling in all his scenes, his mouth twisting into a perpetual grimace of displeasure, his voice in moments of extreme outrage dipping into a low, troll-like croak. Around them bubbles an entirely notable cast, sporting the likes of Tom Waits (who had provided the soundtrack of One from the Heart) as the club’s gruff emcee, the amusingly cast Factory himbo Dallesandro, and future notables, like favourite nephew Cage, Lane, Fishburne, Jennifer Grey, Giancarlo Esposito, and daughter Sofia as a street waif.