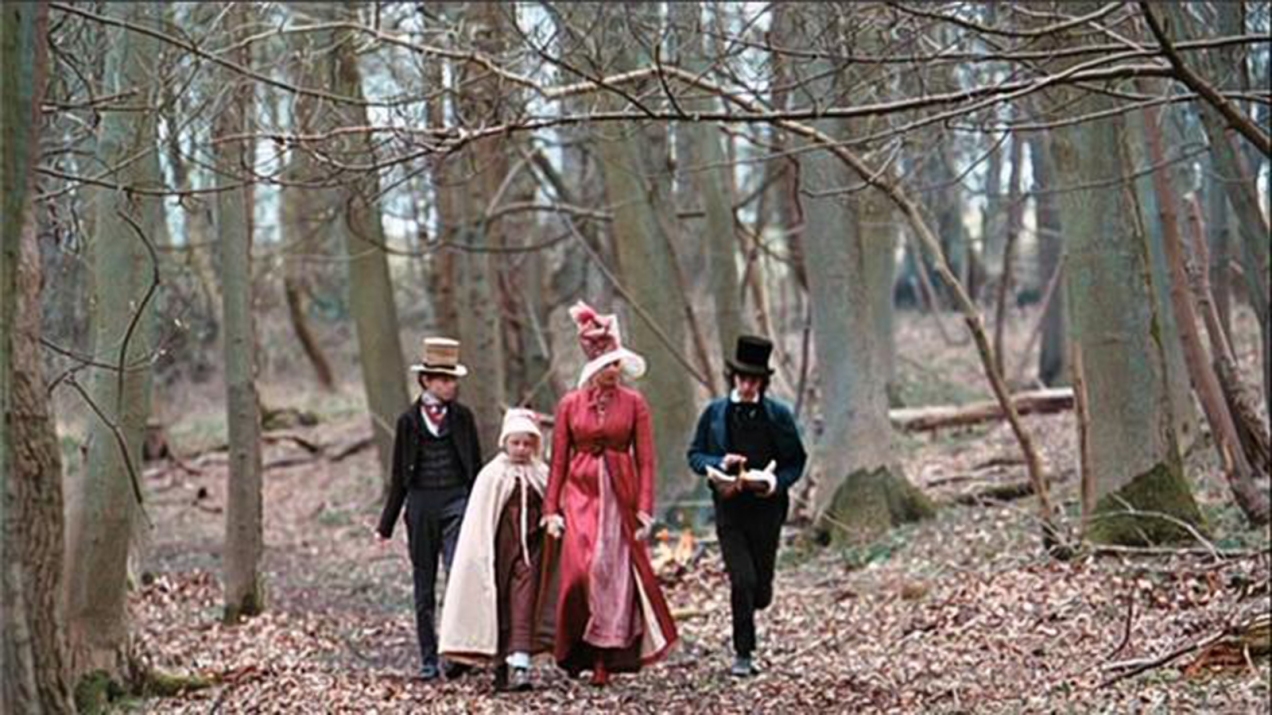 Jane Campion is a puzzle to me. She rose out of Aussie cinema in the late 1980s with something of the reputation of a firebrand and a new breed of woman director which she has never really lived up to. Her international hit The Piano (1993) was a kind of mash-up of college-level lit studies, feminist theory, and perfervid Victorian melodrama, with its half-defined metaphors for control of the female voice and the often bartered nature of erotic desire, scored through with a weird variety of emotional and sexual masochism. Those notes were something that recurred in her execrable adaptation of The Portrait of a Lady (1996), Holy Smoke (1999), and In the Cut (2003), in all of which smart but curiously febrile ladies throw themselves at the mercy of beastly male conquerors. It seemed as if Campion’s only mode for exploring femininity was in its battles with a particularly prickly kind of masculinity, whilst never being as direct or lucidly provocative as Catherine Breillat. The cornerstone of her reputation remains, then, her biography of writer Janet Frame, An Angel at My Table (1991). Finally, with Bright Star, about the famed poet John Keats and his amour Fanny Brawne, she goes back to English lit class.

Bright Star begins as an intriguing and layered look at three distinctive characters: Fanny (Abbie Cornish), a dressmaker and designer who lives with her mother (Kerry Fox) and younger brother and sister Margaret and Samuel (Edie Martin and Thomas Sangster) is part of the social circle of the Dilke family. The Dilkes are renting out half of their house to two poets, Keats (Ben Whishaw) and Charles Brown (Paul Schneider). Keats is spindly, doe-eyed, and visionary; Brown is sarcastic, stolid and jealous of Keats’ attention, aware that he’s by far the greater poet. Fanny, intelligent but uneducated, with a defensive prickliness bordering on offensive in her initial encounters with the two men, wants to understand poetry better. She purchases a copy of Keats’ poorly received first book Endymion in order to find out “if he’s an idiot.” Impressed, she makes more tentatively appealing approaches to Keats, asking him to teach her how to approach and understand the poetic process.

Brown and Fanny’s encounters are punctuated by grazing, elusive cross-purposes and suspicion, but her talks with Keats are restrained, intelligent, and convivial. The penniless Keats soon falls in love with Fanny, whom he is completely incapable of marrying and taking care of in the expected style. The film’s earliest segments, detailing the uncoiling, complex, elusive triangle of admiration and frustration between the two poets and the invasive female, are compelling and original. The idea of introducing Fanny as a transcription of a more contemporary type of woman into a period setting to constantly set Brown on edge illustrates a well-described set of appositional tensions. The masculine fellowship of Keats and Brown, Brown’s resentment of Fanny’s intrusion into it given an even keener twist by his attraction to her, and Keats’ efforts to be fair to everyone whilst dealing with his dying brother Tom (Olly Alexander) are all given their moment’s attention.

Campion’s firmly physical invocation of time and place, realised by Greg Fraser’s interesting cinematography, emphasises a Georgian England of flapping laundry, singing birds, insect trills, mud, colour-bleached woods, and freeze-dried winter forests. Scenery is absorbed with simple yet intimate vividness, as the natural setting that defines the characters’ lives and that both helps feed Keats’ imagination and wastes away his body. Campion’s feel for physical context is one of the strongest in modern cinema, and the setting, a Hampstead village still not yet annexed by the city of London, seems nearly as exotic as the stormy shores of New Zealand in The Piano. In a splendid early sequence, Fanny and Keats attend a soirée where Campion tries to define the fecundity of an era based entirely in oral and literary skills using a short, but droll turn by Samuel Roukin as John Reynolds, a friend who elegantly evokes the beauties of Keats’ work and a choral of singers spinning beauties in the shadows of the period house. Later, as the couple’s relationship blossoms, their play together is in a fashion that’s offhand, charming, and possessing the flavour of real life. The central pas de trois concludes when Brown writes Fanny a teasing valentine; when Keats hears of it, he erupts in jealous suspicion, Brown insultingly dismisses Fanny as a mere flirt and fan, and Fanny runs from both of them, grievously insulted. It is, however, only the momentary crisis that allows Fanny and Keats’ love to truly expose itself.

Unfortunately from this point on Bright Star steadily ebbs away to nothingness. The trouble with almost all biopics with a focus on such ill-fated figures is that they eventually must lurch into morbid deathbed fetishism. Campion, far from trying to sidestep the problem, embraces it like an ardent hippie girl with a poet crush determined to feel every hopeless minute of it. There are endless scenes of the heretofore intriguing Fanny weeping over an increasingly desiccated Keats coughing up blood and his friends trying, too late, to secure passage to the healthier climes of Italy. The screenplay’s fatal problem is that the conception and portrayal of Keats never develops beyond spindly, endangered, romantic victim. All the originality and detail of characterisation goes into the sparring duo of Fanny and Brown; Whishaw, who’s already cornered the market on playing bedraggled, doomed avatars of creative self-consumption, is left spouting airy poetic theory and then wasting away in despairing angelic fashion, as if he were as gossamer and ethereal a creature as the famous nightingale of his poem. In one scene, having been installed in a London flat to wait out the time before he can sail, and to spare Fanny and her family the sight of his pain, he turns up lying on the lawn, having walked all the way to berate Fanny for not coming to him.

Finally this Keats suggests less a living, or dying, man, than an idea for Fanny to fall in love with, an icon to inspire female suffering. In opposition, Schneider’s full-bodied, gratingly convincing performance is far more affecting not only because does he seem more realistic, but he also actually seems to be in the room. Of course, Bright Star is as much, or more, about Fanny, but here’s an equal, quieter failure. Fanny is introduced as a spottily-educated woman desperate to gain some intellectual traction in an almost strictly masculine field of endeavour, and Campion presents a dual-layered parallel of the difficulty Keats faces as an innovative artist in an epoch set strongly against stylistic advance (and as a poet in any era) and that faced by a woman seeking a more than merely passive relationship to both art and men. The trouble is Campion never even tries to reconcile the disparate concepts, the doomed pair of arch-romantics, the wasting troubadour and the weeping true love, and the earlier, more complex creations. 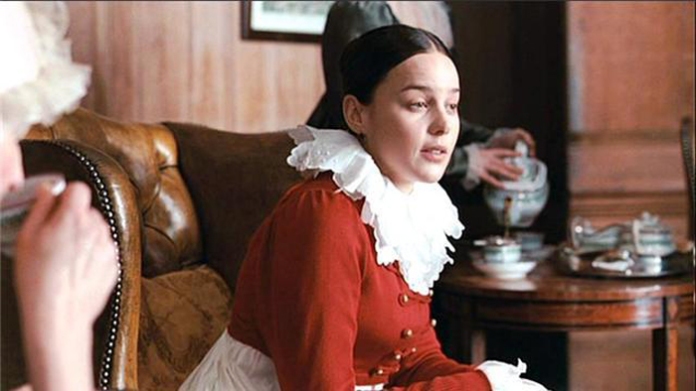 Cornish’s terrific performance is indeed the force that drags the film along, with alternations of sniping, self-promoting anxiety, her somehow forlorn efforts to prove herself in showing off the dresses she made with their too-showy adornments as her substantial riposte to the airiness of Keats’ words, and finally devastated grief. But Campion’s script pulls the rug out from under her in the second half, and her hopefully devastating final scenes lack the impact they ought to because she’s already been crying for most of the last half-hour. Nor is the film finally interesting for saying anything new about poetry or sexism in the arts: Campion flinches from the questions she raises, so that whilst her filmmaking is artful, her concepts come up empty. Compared with, say, the Julian Temple’s Pandaemonium (2000), which tackled this kind of material with less finesse but far more intellectual heft and provocative cultural theory, Bright Star looks like a witless and stilted objet d’art.