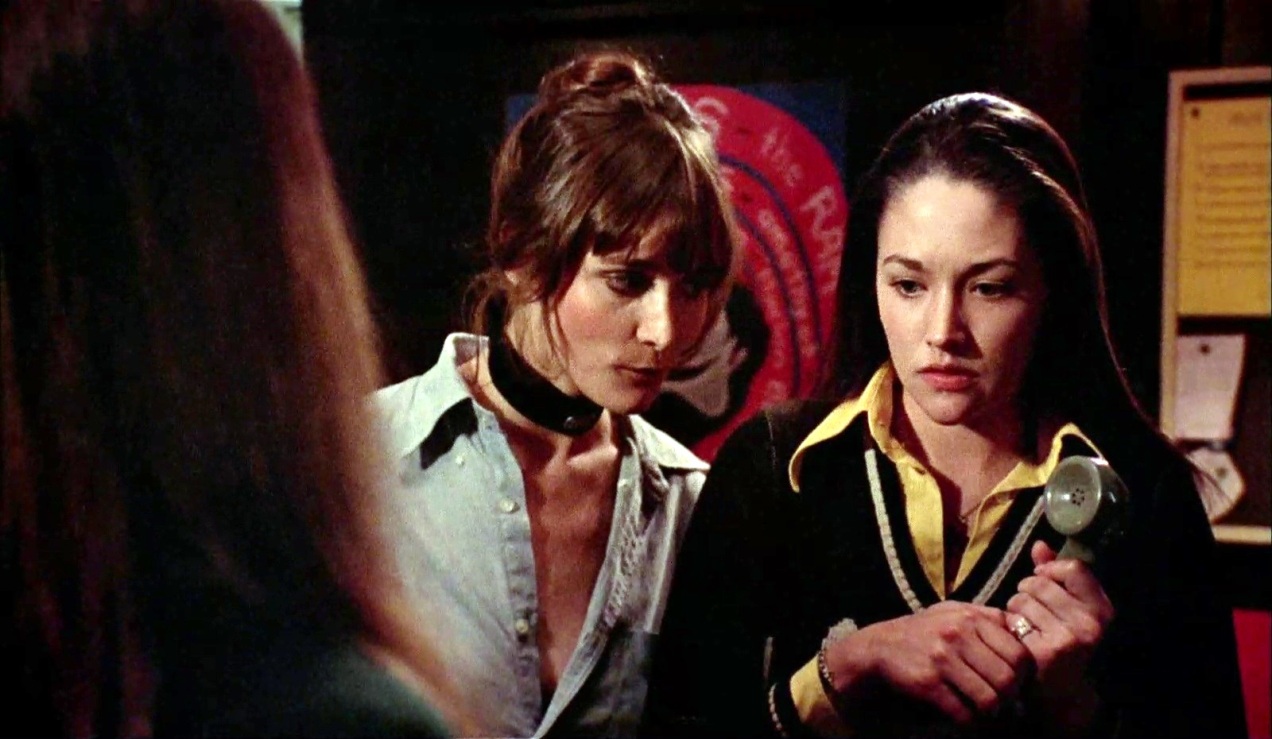 Bob Clark was an exceptionally unlucky filmmaker whose career degradation came about mostly thanks to his association with the crass hit Porky’s (1981), leading to some truly embarrassing late career work. This slide almost but not entirely erased memory of the genuinely eerie and cinematically innovative work he did as a director in the ’70s, like his uniquely atmospheric Sherlock Holmes versus Jack the Ripper epic Murder by Decree (1978), and his Yuletide classic A Christmas Story (1983).

A favourite of Scrooges of all ages, Clark’s Black Christmas was a very different Yuletide classic for Clark, one that is justly regarded as a seminal English-language horror film of the ’70s. Released four years before Halloween, it beat that film to the punch in laying down the template for the type of genre film that would be so endlessly popular in the ’80s and echo through to the likes of Scream 2 (1997) and beyond to an execrable remake. It helped institute such beloved creepfest clichés as the house or institution full of female victims being hunted and slaughtered one by one, the drama revolving around a notable, preferably ironic calendar date, the mysterious heavy-breather phone calls from the killer that prove to be coming from upstairs, and the gratuitous use of John Saxon.

Black Christmas possesses ambiguities and visual intensity that a lot of subsequent imitators never quite sustained or even grasped. Taking place over about a 30-hour time span, Clark’s film commences with an unseen intruder, indicated by the liberal use of a first-person camera, sneaking into the disused attic of a university sorority house, whilst the few remaining residents and their boyfriends are assembled below. The girls split into effective types: there’s Clare (Lynne Griffin), a virginal goody two-shoes; Barb (Margot Kidder), a heavy-drinking, sharp-tongued cynic; Phyl (Andrea Martin), the bespectacled nerd; and Jess (Olivia Hussey), the level-headed English girl who’s pregnant by her pianist boyfriend Peter Smythe (Keir Dullea). The gathering is the last before Clare leaves for home to spend the holiday. The latest in a string of obscene phone calls draws the girls and their mates in to listen to the bizarre ranting, until Barb gives the caller an earful, inspiring him to snarl “I’m going to kill you!” before hanging up. Clare, easily unnerved by this and by Barb’s potty mouth, ascends to pack her bag, but is assaulted by the intruder and asphyxiated with plastic.

The next morning, Clare’s father Mr. Harrison (James Edmond), waits to pick her up, and encounters Peter, who directs him to the sorority house, where their hard-bitten den mother Mrs. Mac (Marian Waldman) tries awkwardly to avert his attention from its less-than-snowy-pure expressions of college life. Jess tells Peter of her intention to abort the baby, news which perturbs him so much that he blows an important audition and later smashes up a school piano. Meanwhile, a 13-year-old girl has gone missing from town, and anxiety over Clare’s disappearance begins to crank up, as Jess enlists Clare’s boyfriend Chris (Art Hindle) to impress upon the police the improbability of her having gone off someplace with another guy. Canny detective Fuller (Saxon) swings into action, having the sorority house’s phone tapped to trace the mysterious caller and arranging a search party to scour the snowy, darkening grounds around the university for the two missing girls. The search turns up only the younger girl. Returning to the sorority, Barb, in self-accusatory self-pity, gets smashed and falls asleep, making her a ripe target for the killer, who soon also claims Phyl, leaving Jess alone to be told by the telephone operators that the calls are coming from inside the house… 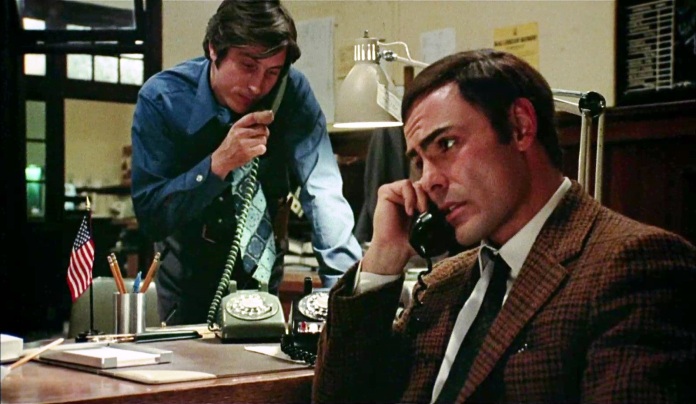 Black Christmas’ inspired sense of atmosphere is its first stand-out quality. It conjures a deeply effective vision of an ice-crusted North American university (where it’s actually set is only vaguely defined, but it was shot mostly at the University of Toronto), with Reginald Morris’s terrific cinematography describing the sorority with its wood-panelled old-world cheer, warmly glowing lights and homey decorations, and the wintry chill and yawning shadows of the night beyond. As in Halloween and Richard Fleischer’s precursor See No Evil (1971), Morris’ camera restlessly dollies about the environs of the university to evoke the prowling presence of madness, and the extremely careful lighting turns the setting into a gothic wonderland, with an unsettling sense of space that entwines with the chronological tightness of the narrative, dark crannies, frosted windows, and sharply edited glimpses of the roving killer blurring a sure sense of who and where the threat is coming from. Most subsequent variations would suck away atmosphere altogether.

The screenplay by Roy Moore is detailed, amusing, and spotted with great little character moments, from Michael Rapport as Phyl’s boyfriend grumpily cursing his way through playing Santa Claus when he finds she’s going on a skiing trip, to Mrs. Mac’s fondness for guzzling the secreted liquor in the sorority. But it’s also as cryptic as the visuals in terms of what’s really going on. The killer’s paranoid fixations are memorably suggested, but never truly explicated; his bizarre phone calls seem to hint at a history involving abusive parents and the fate of a baby named Agnes at the hands of a boy named Billy, who may or not be the killer, still enacting a prepubescent trauma. Either way, the killer keeps referring to his prospective victims as Agnes. The looming terror of infanticide seems linked in a threatening way to Jess’s contemplation of abortion and Peter’s queasily anguished response to it. 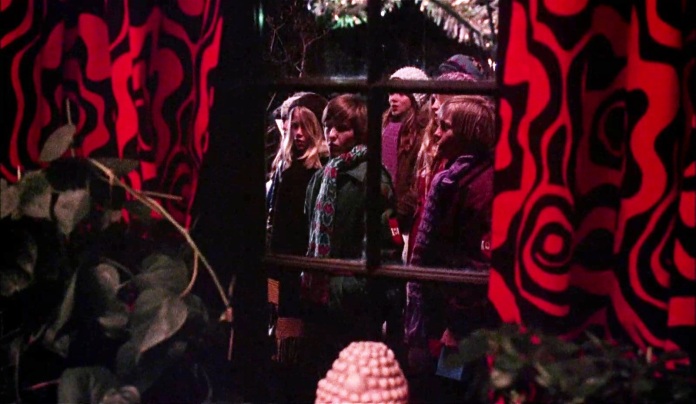 Moore’s narrative works painstakingly to build up a convincing suspicion that eventually consumes Jess—that Peter might be the murderer—and the score by Carl Zittrer lends force to the hints by providing a dissonant, rumbling piano that accords with the noise that erupts from the school piano when Peter pulverises it. This all builds to the point where, when Peter finds Clare hiding from the deadly lurker, instead of greeting him as a saviour, she beats him to death with a poker. The motifs of Black Christmas make it revelatory not simply in technique and story patterns, but also in the confrontational approach it takes (not dissimilar to Dario Argento’s Deep Red from the following year) to the anxieties presented by a rapidly transforming cultural zeitgeist. The dynamics of second-wave feminism and campus counterculture gave rise to an explosion in urban legends, so many of which stemmed from the late ’60s and early ’70s, popular as cautionary post-liberation tales for young women, and Black Christmas most overtly captures that atmosphere, especially in evoking Richard Speck’s murder of a dormitory full of student nurses in 1966. 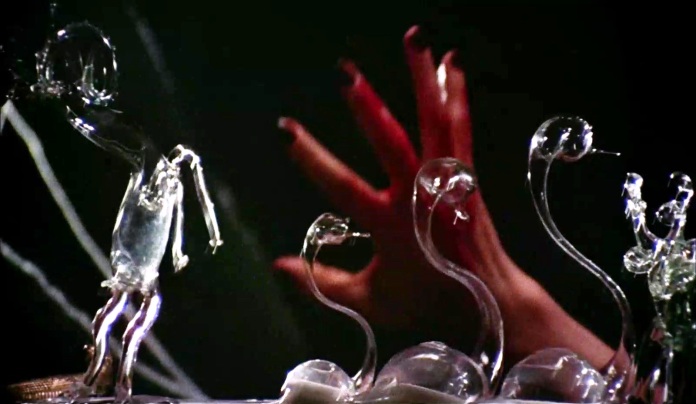 Here, the era’s anxieties are explicitly evoked, initially in comic style, with Mr. Richardson looking down his nervous Midwestern nose at the jokily rude posters festooning the sorority and worrying about his daughter’s declining morals in such an environment. Similarly, Barb is almost the caricature of a liberated woman, fond of traditionally male dirty talk and booze, contemptuous of straitlaced Clare, mocking of masculine authority—as in the amusing moment she fools dimwit police sergeant Nash (Douglas McGrath) into thinking the word “fellatio” is a new telephone exchange—and of other women (in response to news of the rape of a girl in the town, she retorts, “You can’t rape a townie!”). She’s actually enraged with her “gold-plated whore” of a mother, and becomes abusive in expressing her guilt at Clare’s disappearance. Her fate is to be stabbed to death with the phallic horn of a crystal unicorn statuette.

It is in Peter’s outrage at Jess for fracturing the ideal of the man-woman-child arrangement for which he’s willing to quit the conservatory where the reactionary impetus is clearest. Jess is unwilling to give up her ambitions to this quirk of biology. Simultaneously, her guilt and attachment to the moral schema she’s rejecting in the planned abortion is signaled by the large crucifix she wears about her neck. Whether then Peter is the killer becomes moot in importance: Jess’s situation in its entirety evokes a closing vice of life alternatives. Unlike her successors as movie “final girls,” Jess is not ennobled by any perceived outsider status or lack of sexual association, but instead by her efforts to live up to her liberated ideals. The finale underlines a disturbing point, that such conflicting ideals will be mutually destructive and leave everyone at the mercy of the lurking, monstrous id upstairs.

Of course, in the bleakly funny pay-off, a distraught, tranquilised Jess is left alone in the house by the police and other attendant males, only for the unmistakable sounds of the killer’s presence in the attic to be heard again, his cache of corpses still undiscovered, just before the telephone calls start up once more. Unlike the many witless facsimiles of such an unresolved conclusion that would invade the genre, this one retains its dark wit and mordant evocation of evil not returned to the box. In spite of the air of cheap imitation that lurked around a lot of Canadian-produced horror, Black Christmas is damn classy on top of its visceral pleasures. Clark entirely avoids the more exploitable elements of the set-up, with very minimal gore and no opportunistic co-ed bra shots. Kidder gained a tremendous career boost from her terrific performance, and the film also gave the delicately sexy Hussey, whose career was badly limited by agoraphobia, one of her best-remembered roles.

Watch it, again or for the first time, and have a very merry Christmas.