Martin Scorsese: A Retrospective in Words

Shit? No, not at all. It’s almost worthy of the declaration, “Scorsese and Corman, Together At Last!” Roger Corman was one of the top four or five creative forces in American cinema at a time when the studios were brontosaurs collapsing under their own weight. Many talents—Francis Coppola, Peter Bogdanovich, Nicholas Roeg, Robert Towne, Monte Hellman—passed through Cormanville on the way to Tinseltown. Corman handed Scorsese $600,000 and a simple equation: give skin, have artistic freedom. Hell yes, Marty said. The film is most memorable to many for the Playboy photo spread it yielded. Letting Barbara Hershey wear a gold belly chain for a sex scene in a Depression-era ruin is pretty dumb. 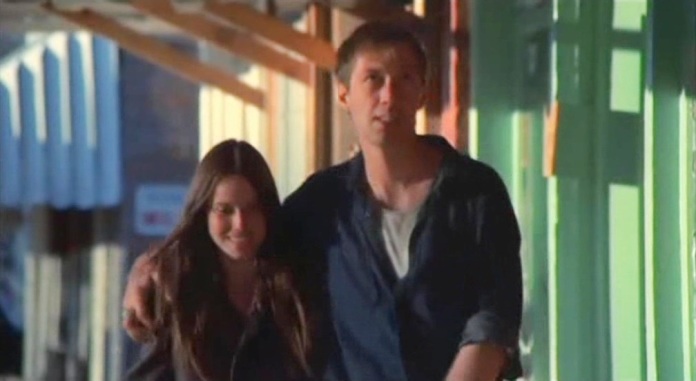 Boxcar Bertha is indeed an extraordinarily sensual film, though I’m not referring to eyefuls of Hershey (her best performance, light years from her later, mannered drip). Scorsese composed 500 storyboards preparing the film and shot on location. Despite the low budget he conjures a delicious feel for time and place, a quality of light, a world that positively reeks of morning dew, coal smoke, lovers’ flesh, fresh-cut wood. One of the post-Bonnie & Clyde wave of Depression-exploit flicks (see Big Bad Mama, The Grissom Gang) but one with more than bullet-riddled flappers on its mind. The epic anthropologist of Gangs of New York lurks here, digging into a past of labor wars, gambling, prostitution, racism, of grim survival located just on the edge of a collective memory. “Just what are these Reds, anyway?’ Bertha asks, quoting Tom Joad. The movies have a longer memory than society. Rather than being based on a pulp novel or tabloid hero, the film is adapted from the testimony of a real Bertha, as recounted in Ben L. Reitman’s oral history Sisters of the Road.

Bertha’s the auburn-haired, dress-bursting peach of a daughter of a barnstorming crop duster. In the pre-title sequence, he’s sent aloft in a rickety plane by unscrupulous capitalist types. A bunch of workmen, including perpetually cop-dodging labor leader Big Bill Shelly (David Carradine, warming up for Woody Guthrie), and her pal, blues-blowing man-mountain Von Morton (Bernie Casey), watch with her in grief as Daddy crashes, and immediately start pummeling the men who have caused his death. Bertha wanders the highways and byways looking for a way to survive without becoming a prostitute. She’s in love with Bill—their unions are always sexually explosive (hello, skin)—but because he’s constantly pursued by strike breakers, they never can stay together.

The one place Bill is safe is giving speeches. In an hilarious scene, he points out two “McIvers,” aka, railroad-employed private detectives (Victor Argo and David Osterhout, who resemble a malevolent Laurel and Hardy), to his crowd of attentive strikers, ordering them to beat the pair up. “Bullshit!” the McIvers blurt before bolting. Vengeance is theirs. When the strikers are jailed by redneck cops and Von is bullied, the prisoners start fighting back. They take the cops easily, but the McIvers calmly march in with shotguns and randomly blow holes in the rioters until the jail is a sea of carnage. 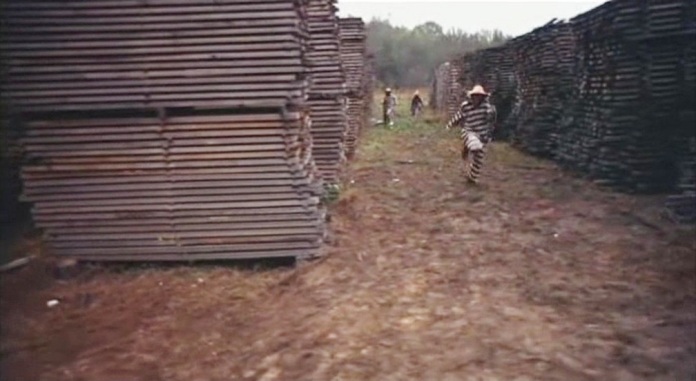 Bertha, still rambling, encounters a tight-lipped gambler who, the moment he opens his mouth, blows his identity as an exiled Noo Yawker. This is Rake Brown (Barry Primus), who might as well be Joey from Who’s That Knocking On My Door?—whiny, fussy, sharp but comical, physically uncourageous, railroaded into foreign climes. Bertha coaches him in Southern elocution (“Mah dee-ah”) and poses as his elegant mistress, keeping opponents’ eyes on her figure rather than his cards. One game turns violent, and Bertha pops a guy with a derringer. Bertha and Rake spring Bill and Von from the clink, and the foursome find themselves described in the papers as a gang. Bill is stricken by the appellation. He’s a worker’s warrior, not a criminal, but when he learns even his union finds him persona non grata, he leads the foursome in a criminal war harrying capitalist institutions, most notably the Sartoris clan (cheeky Faulkner name-check) and its scion H. Buckram Sartoris (even cheekier, casting John Carradine, David’s father and the former Preacher Casey; the scene where David sticks him up and swaps Bible quotes is a film geek’s delight), raiding their trains and even a ritzy party.

Sartoris plots a trap, which they walk into. Rake, with chip on shoulder from being called a coward in the papers and being jilted by Bertha for Bill, refuses to surrender. The McIvers shoot him, giving Bertha a chance to make a break. On the chain gang, Bill is beaten and becomes ill. Bertha, hungry and desperate, takes up work in a brothel, where her clients include a glass-eating weirdo and a lonely guy who doesn’t want to sleep alone (Scorsese himself, plump and beardless, in his first cameo). One night, passing a blues joint, she hears a familiar wail.
Inside she finds Von, who has been released. He reveals Bill has escaped. Von takes her to the shack where Bill is holed up, and she finds a gray-haired wreck of a man, ponderously penning radical tracts like a down-home Trotsky. Bertha stirs Bill back to passion, and Von leaves them alone. As they leave the shack, they are set upon by the McIvers and hillbilly thugs. As a final punishment for the offending rebel, they crucify Bill on the door of a boxcar, forcing Bertha to watch.

Ah, Marty, ever the Catholic fetishist. He is, however, drawing the vital link in image and theme with the pre-Moral Majority conjunction of the labor movement and Christian idealism, the folk-wisdom of Woody Guthrie’s Jesus Christ (and also Guthrie’s charitable outlaw Pretty Boy Floyd). Bertha is Scorsese’s most baldly pinko film. Its imagery anticipates the twin religious/historical imagery of Bob Dylan’s lyrics and anticipates, with its boxcar Jesus, Dylan’s “Idiot Wind.” The heroes of Boxcar Bertha, not as conflicted as later Scorsese protagonists, are a likable bunch of outsiders, all of whom embody a different perspective—pre-hippie radical Bill, pre-civil-rights black individualist Von, prefeminist wild child Bertha, and Rake, his unmacho, urbane self tragically stuck in Hicksville. The villains are likewise plainly villains.

Dramatically speaking, the plotting is poor, and the film chugs and rattles more than one of its vintage steam trains. Scenes, characters, and acts come and go with picaresque speed and scant logic. The idea of Bill and his band conducting a guerrilla war on big business is brilliant, but these scenes are fiddle-and-banjo hijinks staged for yucks. Marty was still having difficulty calibrating his style to a story; in spurts, the film has the lean and dangerous despair of classic noir, the wistful melancholy of Nicholas Ray, the knockabout grace of Preston Sturges, but too often it’s overstuffed with comedic chicanery and tonal uncertainty. The cray-zy comedy and harsh violence sit uneasily together.

Yet I prefer it to most of its rivals of the time, of which there were many—comedy-drama westerns and gangster flicks infused with Hippie Americana. It evokes the world of Guthrie’s songs more effectively even than the biopic Bound for Glory (1976). It possesses a lucidity about the period conflicts that Bonnie & Clyde elides. Boxcar Bertha combines folk-nostalgic whimsy and Depression misery in a more meaningful way than The Sting (1973). Scorsese already has a deft flexibility, delivering sex and violence within an oddball, vital film. He creates startling shots, including one scene where dozens of escaping chain-gang convicts flee through stacks of fresh-cut timber and another with Bill, in a fury, marching down the hall of an abandoned warehouse being pursued by Bertha and Rake, slanting light sun-dogging on the lens. These shots are not just technically impressive, but also create a beatific historical vision. 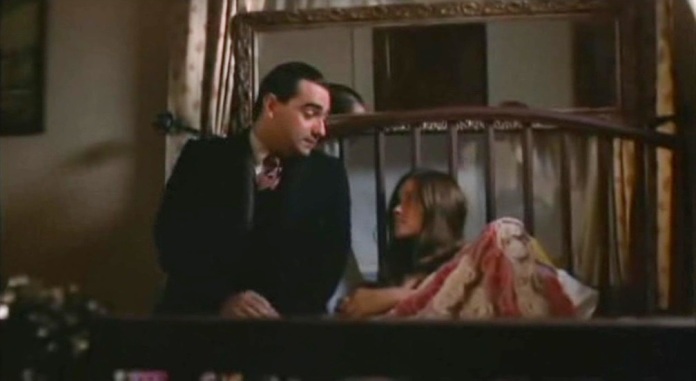 It’s also Scorsese’s first film to really deal in violence. When guns fire, Scorsese amplifies the sound to the point where shotguns sound like cannons and blow bloody gouges in people. When someone gets hurt, you feel it. I’ve rarely been happier to see a bunch of bad guys shot than at the end of this one, and when Von returns, takes up one of the McIvers’ shotguns, and massacres the thugs as they smugly watch Bill’s crucifixion, it’s hard not to cheer. Scorsese’s staging establishes his career’s dichotomist view of violence. He can’t really see Von’s outrage as a triumph (especially as he’s too late to save Bill) and Von, judging by his baleful final expression, finds even justified violence degrading and soul-depleting. All the ethic of violent repression practiced by the McIvers and Sartoris has accomplished is brutalizing everyone. In storyboarding the crucifixion scene, Scorsese specified the nails that pierce Bill’s hands be seen protruding from the wood, smeared with blood, visceral but avoiding a Mel Gibson horror show; he would repeat the shot later in The Last Temptation of Christ. 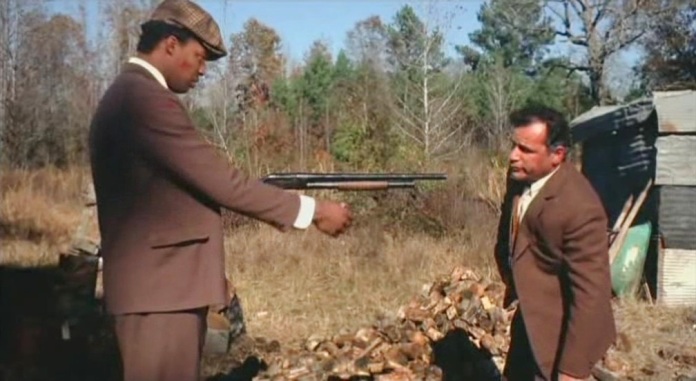 Bertha is still Scorsese’s most unaffected and appealing heroine, bolstered by the script written by the husband-and-wife team of Joyce Hooper Corrington and John William Corrington. Bertha is partly a bawdy joke fit for the period—a country girl in a loose dress looking for adventure, a cliché slowly dismantled as Bertha watches the men she loves destroyed and is driven to selling herself. It’s clear why, with the sympathetic and successfully drawn women of his first three films (The Girl, Bertha, and Mean Streets‘Theresa), Scorsese was chosen to direct Alice Doesn’t Live Here Anymore. Solid were his credentials as a cinematic feminist, but Scorsese would lose that reputation when his women became as perverse as his men.

Cassavetes was right, however, when he told Scorsese to do something personal next. With greater skill and experience, Scorsese would return to the old neighborhood in Mean Streets. Pause a moment, though, to regard the final shot of Boxcar Bertha, one of my favorite shots of all time—simply accomplished, but starkly effective—as a distraught Bertha runs alongside the moving train (a dangerous and impressive physical feat from Hershey), trying to keep hold of the dangling Bill’s hand, until she is left behind in the setting sun amidst the railside rubbish.

So long it’s been good to know ya.