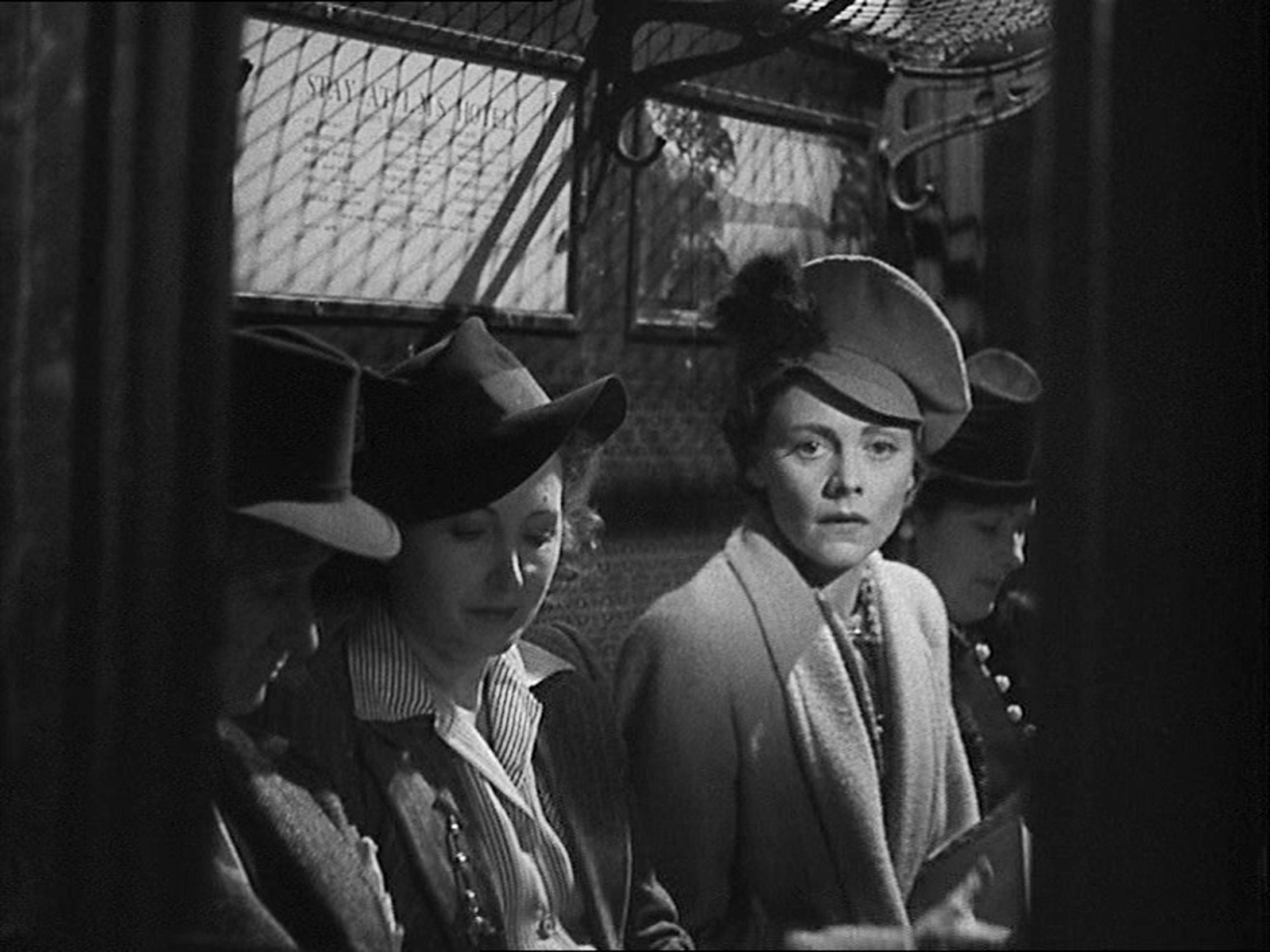 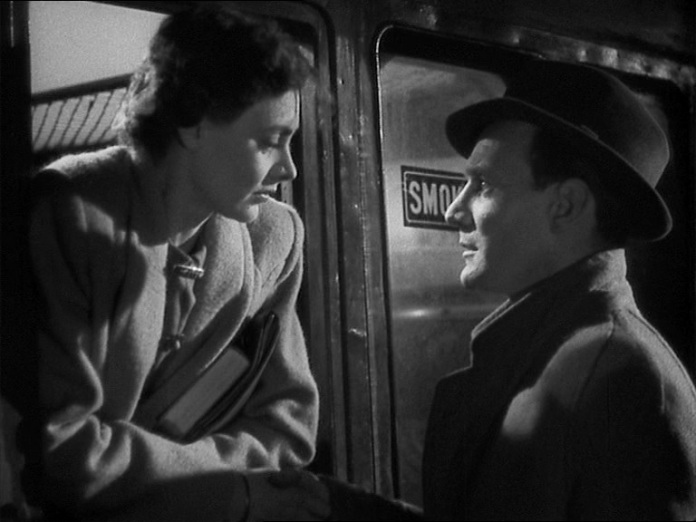 Thanks to my occasional habit of shoving DVDs into the player almost at random while vaguely following the whims of my interests, every now and then I finish up watching movies that seem to comment on each other. I had just such an experience when I viewed within a few hours of each another a stone-cold classic of romantic cinema and a much more recent success that pointedly declares itself to be “not a love story.” Brief Encounter and (500) Days of Summer set my mind to working about how both human mores and cinematic styles had altered in the 65 years that separate the two films.

Brief Encounter has become iconic not only as a brilliantly orchestrated piece of dramaturgy and cinema, but also as a depiction of emotional stoicism of a brand that is more than passé to many today—it’s downright alien. Joe Wright showed Brief Encounter to the cast of Atonement to school them in undemonstrative styles of anguish. Of course, such frames of reference are reductive, and Brief Encounter isn’t quite so stiff-upper-lip as it’s often portrayed, though it’s hard to doubt it does describe with some authenticity the psyche of the WWII era, when individual passions were continually, forcibly channelled into greater issues and overwhelming responsibilities. By contrast, Tom (Joseph Gordon-Levitt), the hero of (500) Days of Summer, who makes an auto-da-fé out of disappointment and romantic frustration, is encouraged by his boss Vance (Clark Gregg) to channel his moping into composing messages of condolence for greeting cards. 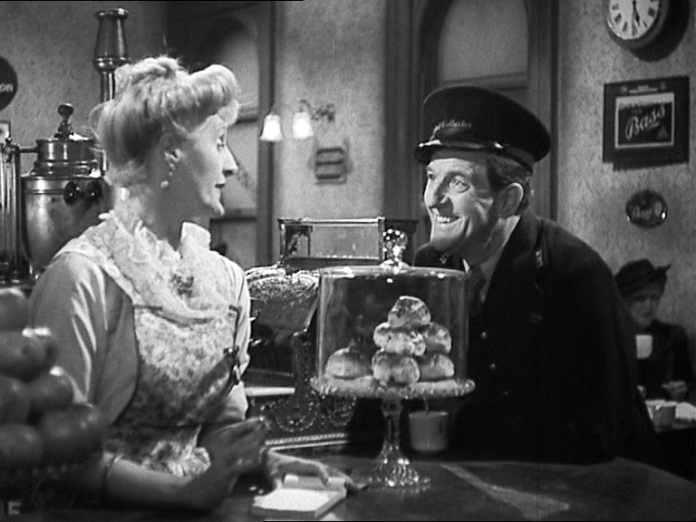 The chief similarity of Brief Encounter and (500) Days is that they are about romances that end badly and in such a way as to reflects contemporaneous principles. The adulterous flirtation of Laura Jesson (Celia Johnson) and Alec Harvey (Trevor Howard), and the determinedly ill-defined whatever between Tom and Summer (Zooey Deschanel) leave each pair battered, humiliated, and near-suicidal. The differences are, of course, manifold: Laura is married, bordering on middle-age, with two children and an agreeable homebody of a husband (Cyril Raymond); her partner in short-lived passion, Alec, likewise is married to a “small, dark, delicate” woman. Tom is still fairly young, an architect by training who’s been hiding out for some reason working for the greeting card company where Summer comes to work as Vance’s personal assistant. Summer’s quirky, lovable, into The Smiths, possessing an inexplicable admiration for Ringo Starr, prone to retro fashions, and altogether exquisitely designed to plug into the fantasies of every pining pseudo-hip male aged 16-42 in the audience. Casting Deschanel, hot indie-quirk girl über alles, merely cements the impression. Her scenes with Tom, of finding romance through playful skips about an Ikea store and good karaoke singing, are carefully designed to make the lovelorn gnaw on the seat.

Tom’s hunt is for the girl who will complete his life, indeed give meaning to it, in a workaday world where he’s clearly wasting his better potential. Likewise, Alec and Laura’s electric attraction presents a rose of brilliance amidst the drab, utterly worn-out, wartime English landscape it describes with insidious accuracy, one they are condemned to express through carefully chosen words and a couple of kisses that will not be seen to rupture the surface givens of their lives. The directness of their verbal expressions, contradicted by the rigidity (shading into hysteria) of their behaviour, is in exact counterpoint to the messy, indistinct, unnamed emotions that Summer prefers. Belying her naturally imbued gravitational force as an attractive female, Summer is a far more withdrawn, tentative personality than Tom. She is wary of relationships after her parents’ divorce left her deeply wounded as a girl and detests the kind of clarity Tom eventually demands in their relationship—a clarity that comes all too naturally to Alec and Laura, if also painfully. 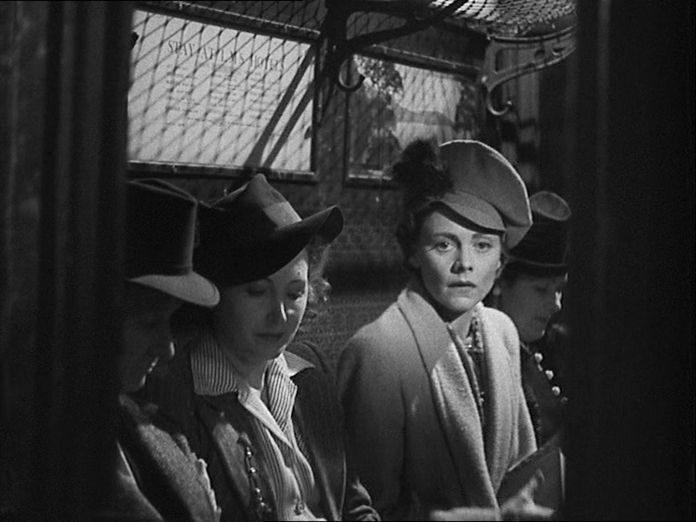 The two films, then, capture an exact contradiction in evolving romantic relations: Brief Encounter describes a world dominated by a rigid ethical system in which adulterous passion, even if accidental, is impossible and doomed to be unconsummated. (500) Days of Summer is about an age liberated enough to remove the necessity for clandestine displays of emotion but, ironically, leaving the lovers mildly terrified not of other people, but rather of each other. Both situations eat up the participants when they realise they can go no further. Summer begins to spurn Tom when he gets into a fight with an obnoxious yuppie who tries to chat her up, and insults him, bewildered and frigid after a spectacle of intense irrational emotion. Alec and Laura curtail their romance when a chance for sex in the flat of a friend of Alec’s is derailed when that friend (Valentine Dyall) returns unexpectedly, shaking Laura to her core as she perceives her crumbling values.

Somehow, the world of Brief Encounter, even though it’s an older one with many a dated detail, seems far more real than the polished world of (500) Days of Summer, where everything retains a crisp sheen of contemporary rom-com buoyancy even when trying to describe deep emotional pain. For instance, when Tom quits his job in a stew of resentment and anguish, his following spell of unemployment seems detached from any pressing financial needs except when communicated in the glibbest of fashions. Brief Encounter, on the other hand, delights in a detailed world of train timetables, stale sandwiches, annoying acquaintances, borrowed cars and flats, and all the immediate, tactile details of life. 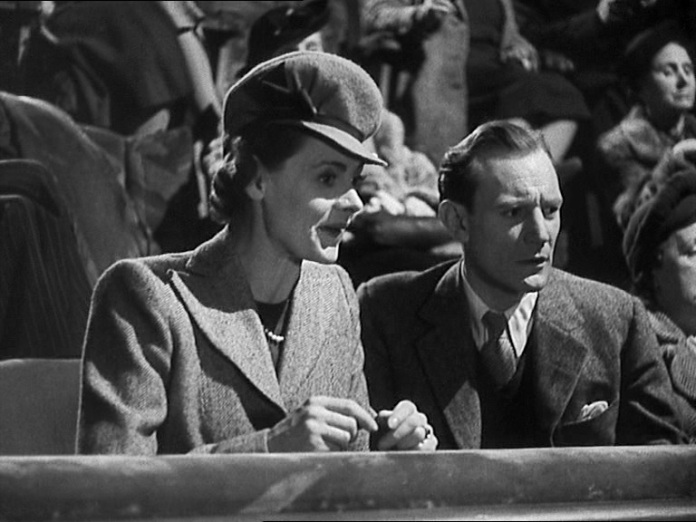 The films also accord with ironic juxtapositions of the ideal and reality, particularly in how both couples share pop culture tropes that both define and offset their lives. (500) Days’ best scenes are pastiches that deliberately distort reality to fit into movie tropes whilst making the audience conscious of this, like when Tom, ebullient after having slept with Summer for the first time, struts through the park, the world turned into his own private movie musical, and Han Solo beams back at him from a mirror; later, when he watches arty foreign films, he projects himself into them as miserable protagonist. In Brief Encounter, Alec and Laura are amused by an advertisement for a movie called Flames of Passion, which they later see and find awful, replete with the amusing clichés of moviemaking—rampaging natives and elephants— that belittle the everyday reality of its characters. (500) Days makes more of a show of the irony in a sequence that presents Tom’s to-be-dashed hopes of reunion with Summer in split-screen with his imagined anticipations. There’s also a similar friction, which Tom rebels against, in the platitudinous art of greeting cards, which he finally condemns as bullshit.

Both films take a nonlinear, retrospective, post-mortem approach: Laura, whilst sitting in her living room with her husband, imagines she is explaining the sordid tale to him: the illicit couple’s forlorn appearance when happened upon by an acquaintance at the outset is finally explained when the narrative returns to the moment. (500) Days toggles back and forth through the course of the titular days with a counter flashing on screen, offering telling juxtapositions, such as a scene of Tom making a failed joke for Summer’s benefit, then explaining what he was trying for by winding back to when the same gags cracked her up. In both films, this look-back-in-torpor device is used for subtle reassurance, identifying the romance as being in the past, something recalled and informed by shadings of perception. Tonally, however, the films are a great distance apart. Brief Encounter aims for, and hits, a kind of everyday tragedy, whereas (500) Days is much more blithe, finding humour in Tom’s sadsackery and defusing emotional power with jokey discursions that constantly nudge the ribs. 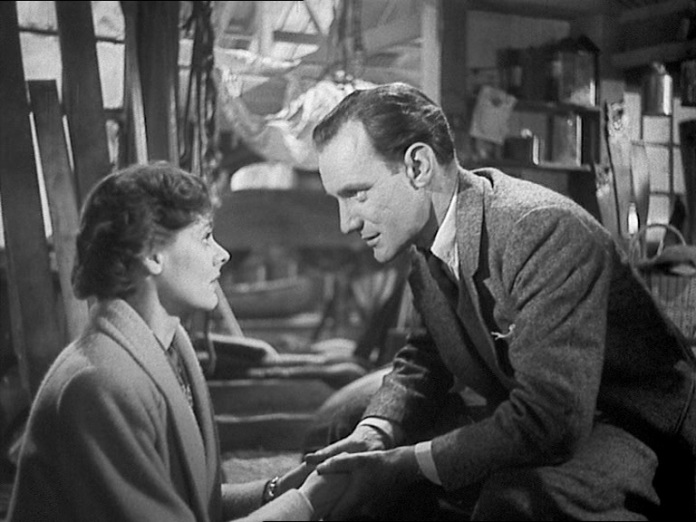 What makes (500) Days relatively fresh and occasionally acute in its outlook is its efforts to confront and analyse a modern tendency to emotional dissociation and detestation for the familiar structures of male-female relations, especially in essaying this theme through a female avatar (“Shit, you’re a guy!” Tom’s friend McKenzie (Geoffrey Arend) exclaims when he hears Summer’s philosophy of anti-love) in contrast with an ardent young man who believes in romantic fate getting his heart handed to him on a plate. The trouble is, the film itself plays a game much like its heroine, stating rather than delving, skipping around any direct confrontation with emotional fractures.

Summer herself was described by one magazine as a memorable villain, and though that’s a bit much, there’s an element of truth in that assessment. (500) Days commences with a gag title (“Note: the following is a work of fiction. Any resemblance to persons living or dead is purely coincidental. Especially you, Jenny Beckman. Bitch.”) that pretends to lay a comic misogyny on the table, but then proceeds to explore a not-quite-so-comic misogyny in the finale. Summer, who has married after falling head over heels, and Tom have essentially changed places in their attitude to love, a glib cop-out from acknowledging the fact that Summer is, deep down, a very obnoxious person and Tom is a childish fool. “Other things matter too,” Laura retorts to Alec’s proposal that their love is all that matters: “Self respect, manners, and decency!” Summer and Tom very rarely display any of those qualities. 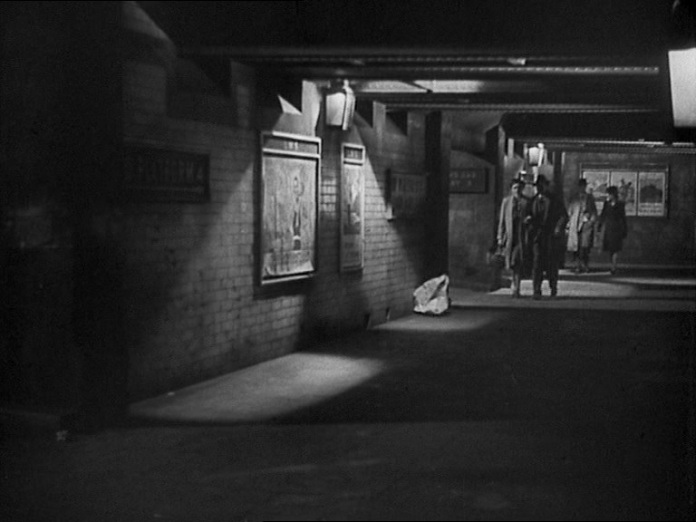 Of course, the distance between Brief Encounter and (500) Days of Summer isn’t just one of tone and era. Brief Encounter was a tremendously original film when it was released, its ironic contrasts and low-key, realistic approach to screen romance vibrant, and its careful use of a specific piece of preexisting music—Rachmaninov’s Piano Concerto No. 2—laid groundwork for the kind of integrated use of such music which many a later film, including (500) Days, indulge aplenty. It is a near-perfect film, only blemished by some of screenwriter Noel Coward’s too-noble-for-belief dialogue in occasions. Still, Lean and Coward’s complementary gifts were in near-perfect tune in this film. (500) Days, for its part, is often imitative of other recent movies, parlaying fragments of Woody Allen and Amelie, amongst many others, to gussy up its by-the-book efforts to be eccentric: Tom’s scenes with his two male buddies McKenzie and Paul (Matthew Gray Gubler) and his precocious, advice-giving, vodka-prescribing younger sister (Chloë Grace Moretz) are straight Sundance 101. If Brief Encounter created a new formula, (500) Days extends formula but slightly.